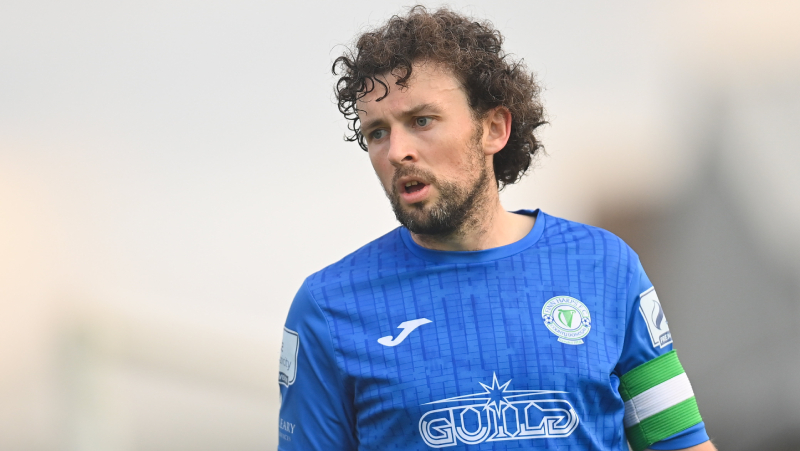 Finn Harps collected a much-needed three points in their relegation fight as they defeated Sligo Rovers 3-2 in a five-goal thriller at Finn Park.

Visiting manager, John Russell, was boosted by the availability of dangermen Aidan Keena and Karl O’Sullivan for this encounter.

However, the early drama was in the dugout as home manager Ollie Horgan was sent to the stands for sarcastically applauding the referee for booking Harps midfielder Ryan Connolly.

O’Sullivan then went close, but Barry McNamee opened the scoring with a thunderous, left-footed scorcher from range that gave Harps an invaluable lead.

Although Keena was denied by McNamee’s immense defensive recovery, James McKeown had to be alert as he repelled shots from Sligo’s Nando Pijnaker and Will Fitzgerald.

This profligacy was punished when Ryan Rainey bundled a header home from Gary Boylan’s dangerous delivery. Rob Slevin cheekily tried claiming it but the goal was Rainey’s. More importantly, Finn Harps were 2-0 up.

After the interval, Sligo swiftly scored. And it was their deadly duo at the heart of a ruthless counterattack, O’Sullivan playing through Keena who stayed calm and finished well.

As the action seesawed from end-to-end, Finn Park erupted into raucously sarcastic applause as Shane Blaney was booked, Sligo’s first of the night.

Rainey then was adjudged to have been tripped in the box. Despite, the soft nature, Connolly converted the penalty with ease, restoring Harp’s two-goal buffer.

Connolly soon went from hero to zero though as he received his second booking, puling back Max Mata, setting up a nervous final twenty minutes.

Harps were manging well until Ethan Boyle clumsily crashed into Keena, the striker dusted himself down and made it 3-2 with a well-taken spot kick.

Amidst a raft of substitutions, Mata and Blaney spurned glorious headed opportunities and Finn Park could breathe, cherishing a massive result.

With UCD’s loss, Finn Harps now move into the relegation playoff position and will be relieved to see out a frantic ending successfully. They have a break now before their next game against St Patrick’s Athletic on September 2nd.

Sligo host Dundalk next needing points if they are to revive their bid for Europe this season.