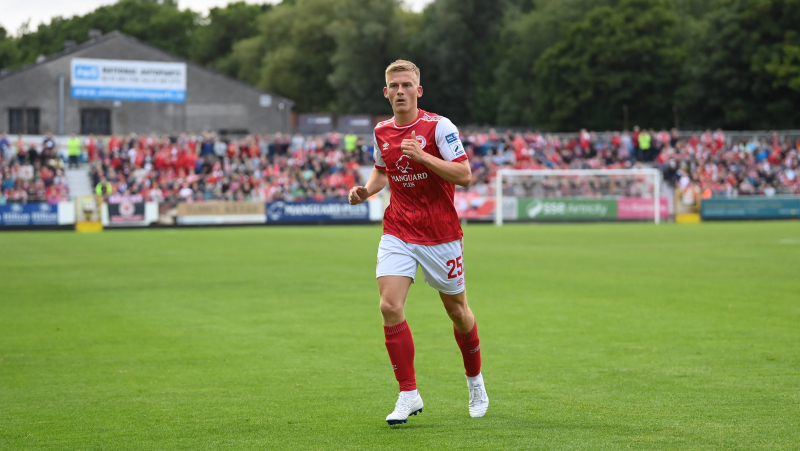 St. Patrick’s Athletic overcome UCD 2-1 at the Bowl thanks to Thijs Timmermans and Serge Atakayi.

The Saints had to work hard for the three points who were tested thoroughly in the second half, especially by the college.

St. Pat’s came flying out of the traps and took the lead inside seven minutes when Thijs Timmermans stabbed home from a corner inside the six-yard area. It was a delivery to the back post from Chris Forrester that was well met by Joe Redmond who headed it back across goal and off the far post before Timmermans was on hand.

The Saints could’ve took the lead moments beforehand when a well-worked corner routine fell to Ronan Coughlan at the penalty spot, but his strike was deflected over the bar. Pat’s dominated most of the ball but lacked that decisive ball to unlock the UCD defence further.

The hosts grew into the game more as the half wore on and it was Thomas Lonergan who found himself in some great positions for UCD, however his three strikes at goal all whisked past the post. It was the visitors however who should’ve made it two when the ball broke to Harry Brockbank inside the UCD area although his effort cannoned off the crossbar and UCD cleared.

The Inchicore club started the second half just how they started first. Serge Atakayi pounced on a defensive error at the UCD back and took it past Moore before passing home into an empty net. When UCD seemed to really be struggling to regain any control, Dylan Dufy stepped up to halve the deficit when his effort flew into the far corner.

UCD began to grow in confidence and play within the St. Pat’s half, and substitute John Ryan had a good opportunity following a good run that was scuffed wide of the post. The Saints should’ve added a third when substitute Eoin Doyle played through Atakayi but the summer signing couldn’t add his second when Moore came out and saved well.

UCD failed to really create anything clear cut and if it wasn’t for wasteful chances squandered by the visitors. Cotter, Redmond and Atakayi all went close in the closing stages but couldn’t find the back of the net.