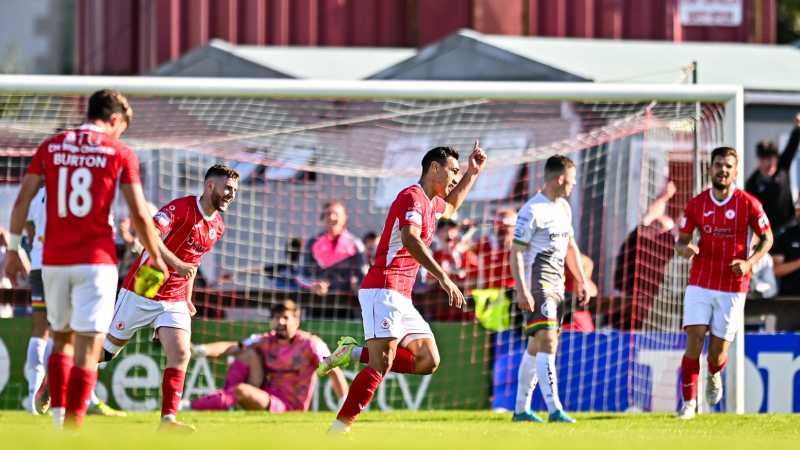 After their European misadventure in Norway Sligo gave themselves a fantastic opportunity to recreate that run next season as they took a step towards fourth place coming from behind to defeat Bohemians 2-1 on a lazy sunny afternoon in the Showgrounds.

After a lacklustre first half, Rovers had looked like they might face their Waterloo when O'Sullivan opened the scoring at the start of the second period.

Two quick fire goals just after the hour mark from Max Mata saw the lead change hands and Sligo took all three points as the sun set in the Showgrounds.

Boh's manager Keith Long was hoping to iron out some of the kinks in his new look squad in Sligo this evening and they started the better dominating the early exchanges of the game.

Inside the first ten minutes Bohs had the first real chance of the game when a free kick in the corner was floated to the back post. A knock back across the six yard box caused chaos but none of the waiting Boh's players could find the touch to force it home.

Sligo showed clear signs of their European adventure causing fatigue as their makeshift defence struggled to cope with the Bohemians attack, an early booking for Paddy Kirk saw Bohs continue to exploit their right wing, piling on the pressure.

It was McDaid on the other flank who arguably created the better chances which fell to former Sligo man Junior but his blocked effort was probably the closest Bohs came to breaking the deadlock.

A mazy run from James Clarke did see him brought down by Blaney but outside the box according to the referee Ray Matthews. The Boh's fan's weren't shy about voicing their displeasure at the match official.

Aidan Keena did have two half chances but wasn't able to get enough power on his efforts to trouble Ryan in the Bohemians goal. Those the best of the scraps he lived on throughout the first period of the game.

The home side started the second period the stronger but quickly found themselves behind as John O'Sullivan found the back of the net from the edge of the box after a great touch from Junior at the end of a great forward run from James Clarke. McNicholas gets a hand to it but can't keep it out.

But Max Mata wasn't reading off the same script, first latching onto a through ball from Keena to equalise before he pounced on a poor defensive header to dispatch the ball past Tadgh Ryan in the Boh's net.

Boh's looked the more likely to get any further goal and it looked as if they had won a penalty only for Matthews to book the goalscorer O'Sullivan for simulation in the box.

Rovers held on to grab their first victory over the Gypsies this season but more importantly those all too valuable three points in their pursuit of St. Patrick's Athletic ahead of the clash with the Inchicore club next week.