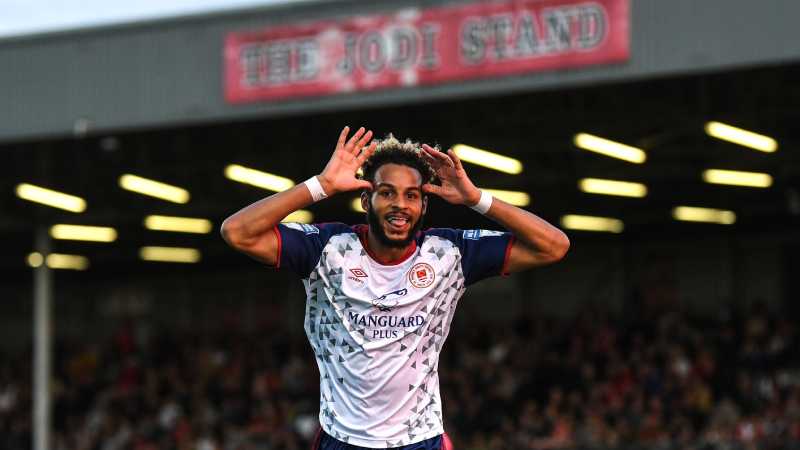 St. Patrick’s Athletic edged out Bohemians 3-1 in Dalymount to continue their good form, with goals from Barry Cotter, Chris Forrester, and Adam O'Reilly in the Dublin derby this evening.

It was the perfect start for the Saints who took the lead after eight minutes when Barry Cotter played a one-two with Chris Forrester on the halfway line before dazzling his way past four Bohs players, then having a strike at the edge of the box that deflected and went into the corner, wrong-footing Jon McCracken.

The Saints had started the brighter with Serge Atakayi also looking dangerous in the opening exchanges. Bohs struggled to create anything clear-cut, with the Saints backline finding themselves constantly.

It was John O’Sullivan who was proving to be most effective for the hosts in the first half and he nearly set up Ethon Varian inside the six-yard, but Sam Curtis was on the cover to clear brilliantly.

The Saints doubled their advantage right on the stroke of half-time when a very sloppy Josh Kerr pass was pounced upon by Serge Atakayi, before he found Chris Forrester who reversed a shot into the far corner, much to the jubilance of the Saint’s faithful.

Bohs started the second half better and halved the deficit when Rory Feely got on the end of an Ali Coote corner on 61 minutes. Bohs huffed and puffed in spells, but their shots were constantly charged down or blocked by the Pat’s backline who worked ever so hard.

It was the Saints who killed the game off in the 89th minute when they broke from a corner and Adam O’Reilly was on hand to stick it past McCracken and make it three.

The full-time whistle was met with large boos from large sections of the Boh’s supporters, but there is no time to dwell as they host rivals Shamrock Rovers in another Dublin derby on Friday evening

For the Inchicore outfit, it is a home fixture on Friday when they host struggling Finn Harps at Richmond Park as they look to hunt down that final European spot.