Bohs take the points in entertaining game with Drogheda 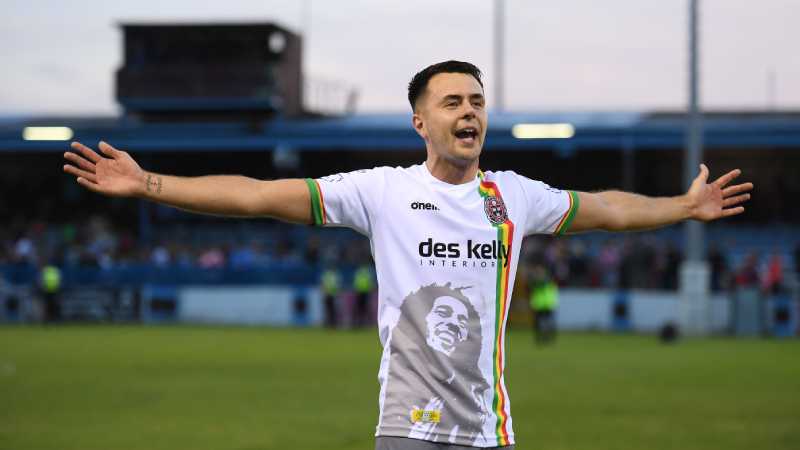 Bohs grabbed a precious 1-0 win against Drogheda United through a late Liam Burt stunner, after an action-packed contest tonight at Head in the Game Park.

After Promise Omochere could have had a hat-trick inside 10 minutes, Drogheda began to paint the rest of the first half with tidy football and chances good chances through the likes Dayle Rooney, Evan Weir and Darragh Nugent.

Bohs went close numerous times in the second half through Omochere again and Burt while Drogheda continued to threaten at the other end. Eventually, it was the visitors who broke the deadlock on 75 minutes, when a curling effort from Burt that found the top corner past a helpless Colin McCabe.

In a game that was everything apart from a goal fest, Bohemians have grabbed a huge win on their travels. The referee’s reluctance to stop the game made for a thrilling contest, despite the fact it was goalless for its majority.

It was the Omochere show in the early stages, and the striker could have easily had a hat-trick in 10 minutes if it wasn’t for the sharpness of McCabe and the safety of the post. As the first half progressed we saw a much more adventurous and intricate Drogheda team.

There was a risk element of their play and they got continuous joy down the wings through Dean Williams and Rooney, whose combination almost put them ahead early on. It was Darragh Markey who shone brightest though picking up the ball in the pockets and distributing it with elegance.

The Drogs were unlucky not to score themselves after 45 minutes as Weir and Nugent went close. It was the Dubliners who would start brightest again in the second period, and once again Omochere forced good work out of McCabe.

Burt then went close with a rasping volley before Omochere had one more bite that required brilliant McCabe reflexes. The game slowed down for the next period in terms of chances but not intensity and tackles continued to fly in forcing the official to eventually take the book out on Weir.

There were numerous near screamers in this game so it was fitting for the winner to be so easy on the eye. Burt found a yard and curled an effort into the top corner leaving McCabe helpless this time and sending the Gypsies into elation.

Kevin Doherty’s men fought for an equaliser right to the death and Andrew Quinn missed a gift of a chance in stoppage time. With McCabe in the box for the corner, it fell to Quinn who couldn’t direct it on goal from minimal yards out.

Keith Long’s Bohs held on to keep pace with the sides near the top four and keep the Drogs and Shelbourne at bay for now.