Dundalk deliver trio of goals in win over UCD 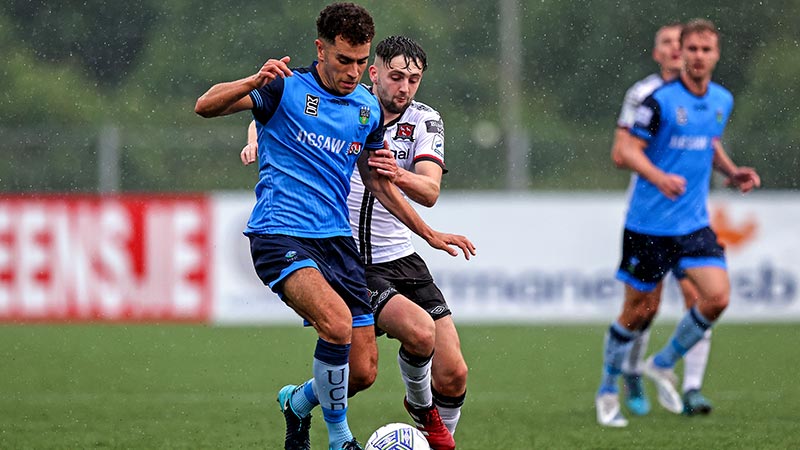 The hosts lacked invention in a dull first-half as UCD remained organised at the back. Five minutes into the second-half Dundalk would break the deadlock when McMillan fired home with a volley on the six-yard box.

On 58 minutes Greg Sloggett bundled home a second following a scrap on the goal-line and the hosts saw things out with ease. Right at the dead sub Keith Ward wrapped things up slotting past Kian Moore in the UCD goal to make it three.

Despite how it appears on the score-line, it wasn’t a ruthless performance from the Lilywhites and it felt they were in second gear for many periods. However with surrounding sides Shamrock Rovers and Derry City both winning tonight, Stephen O’Donnell won’t care at all.

Despite commendable defending from the Students in the first-half, once Dundalk got their opener they looked relaxed as ever. A repeat of the Dubliners’ comeback in the last meeting was out of the question as they failed to offer anything this evening.

In the opening stages the hosts controlled possession but with no real purpose, meanwhile UCD kept five men across the last line of defence at all times. The method was always going to be to preserve for the Students, especially with their management team suspended and watching from the stands.

It worked well in the first-half and it took Dundalk half an hour to get their first attempt through David McMillan. Chances from Paul Doyle and Greg Sloggett followed but never really troubled Kian Moore in goal.

However it only took five minutes of the second-half for the deadlock to be broken. Daniel Kelly’s cross found Joe Adams at the back stick, he headed down for McMillan who pounced on the ball and volleyed home his first goal since July of last year.

The home team immediately started to look comfortable and after another eight minutes they grabbed the second. A scrap on the goal-line left everyone confused as to who got the final touch, but the credit was eventually attributed to Sloggett.

UCD now faced the same score-line they recovered from in the previous fixture, but this game felt different and Andy Myler’s men really struggled to offer anything. A Dylan Duffy shot from range was their only, as Colm Whelan and Liam Kerrigan appear to be sorely missed at the moment.

Dundalk would seal the three points in stoppage time through sub Keith Ward, who kept his cool while in on goal and slotted home for three nil. O’Donnell will be delighted to keep pace with Derry and Rovers and keep a clean sheet in the process.