Trio of goals helps Pat’s to win over Drogheda 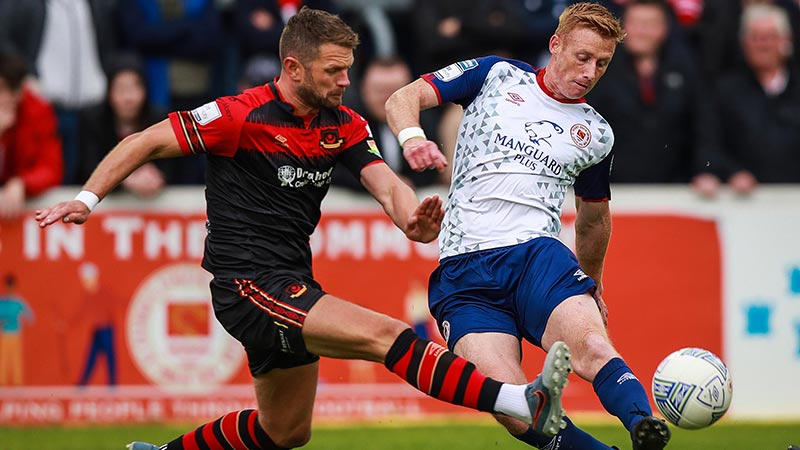 St. Patrick’s Athletic got back to winning ways tonight with goals from Billy King, Eoin Doyle, and Mark Doyle rounding off a 3-0 win against Drogheda United.

It was a big result for the home side following a poor week with a last minute goal conceded last Friday night in Ballyboffey to draw 2-2 with Finn Harps and a 2-1 home defeat on Monday night to Shamrock Rovers.

St. Pat’s made just the one change with Darragh Burns coming out who is being heavily linked with MK Dons, for Ben McCormack. The Ireland u21 winger wasn’t in the matchday squad which could be a sign he has played his last game for the Inchicore club. The visitors made two changes from their draw against Sligo Rovers as Darragh Markey and Adam Foley came in for Dayle Rooney and James Clarke.

The game got off to a blistering start with the home side very much on the front foot. Mark Doyle was finding himself on the ball quite often and looking to drive at the Drogheda defence.

Adam Foley who looked lively for the away side in the opening exchanges done brilliantly to get his body in the way of a certain goal bound effort from Ben McCormack.

Pat’s threatened in spells in the first half with Billy King looking the most threatening for the home side and he got his reward when he got on the end of a Chris Forrester pull-back to fire the Saints ahead.

Drogheda improved in the second half and looked the more likely to equalise but they failed to create any clear cut chances. Evan Weir went the closest with a header. They were made to pay as substitute Tunde Owolabi did well to keep alive a ball over the top before coming inside and squaring it to teammate Eoin Doyle to tap home with three minutes to go.

It was another substitute Kyle Robinson who came on in added time and impressed. In his only few minutes, he picked up the ball on the right-hand side before perfectly finding Mark Doyle at the back post. The winger caught the ball sweetly and struck it back the way of Drogs goalkeeper Colin McCabe.

The game finished 3-0 and the Saints can now enjoy a week’s break as they aren’t due to play until July 15th when they host Dundalk. Drogheda are back in action next Friday night in a massive Louth derby when they entertain Dundalk as well.