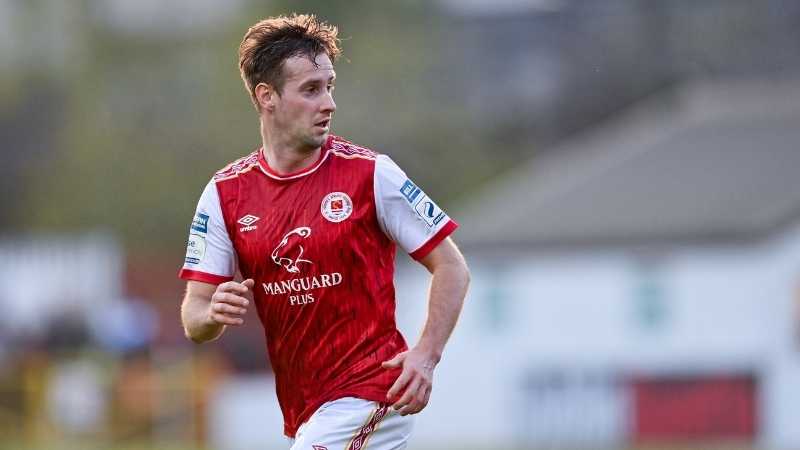 Late drama in Finn Park saw Finn Harps come back from 2-0 down to pick up a point through a 96th-minute Eoin Doyle header.

Pats looked on course for their third 2-0 victory after two Billy King goals either side of halftime but a Sam Curtis injury and a quadruple substitution turned the game on its head with just 10 minutes to go in the game.

The Dublin side will be livid that they let the points slip away from them as they controlled the game with ease for the majority of the game.

The opening chance of the game fell to the away side. Eoin Doyle picked up the ball in midfield and played a delightful ball through to Darragh Burns whose effort at goal is saved well by Gavin Mulreany who started in the Harps net tonight. Sam Curtis saw his headed effort go over the crossbar from the resulting corner.

After Sligo got two in the opening minutes in the North West Derby last weekend it was important for Finn Harps to start strong, and it could not have gone much worse.

The opening goal of the game came after just 7 minutes. Mark Doyle picked up the ball on the byline, beating his man, and pulled his pass back across the box for Billy King who volleyed it low and hard underneath Mulreany into the Harps net, a goal which despite the game being only a few minutes old, had been coming.

St Pats were inspired by the goal, holding the ball for the majority of the first half following but not creating too much by way of threatening chances.

N’Zeyi was booked early for Harps and could’ve seen red after a late tackle in midfield with the ball already gone but it was not picked up by an official.

It wasn’t until the 35th minute that we saw another big chance. Forrester played a long through ball to Doyle who was stopped by the onrushing Mulreany in the Harps net who saved with his legs.

The Harps came into the game a little bit more before the break but nothing more than a couple of half-chances were created with no trouble to Anang in the Saints net.

St Patricks Athletic took the narrow 1-0 lead into the interval.

The Inchicore side continued their stranglehold on the game in the opening stages of the second half with Eoin Doyle forcing Mulreany into another save with his legs in the opening minutes.

Billy King got his second goal of the game on the three-quarter mark, picking the ball up in midfield and with some nifty footwork, slipped passed N’Ziye and smashed with his left foot from outside the box into the bottom right corner, leaving Mulreany with no chance of saving.

The game flipped on its head after 80 minutes with defender Sam Curtis picking up a serious ankle injury that required a stretcher. A big blow for a young defender who was having a brilliant game.

St Pats made four substitutions, which they believed would sure up the game but this was not to be.

Finn Harps got one back at the end of the game. A long hopeful ball into the box fell to the feet of Carrillo who poked home giving the Donegal side hope they could get a point late on.

Drama followed into additional time. Harps threw the kitchen sink at Pat's sending everyone forward late on, and this would prove worthwhile as in the 96th minute Ethan Boyle headed in off the bar after a scramble that could not be cleared by the Pats defense.

After a rather poor performance, the Donegal side will be delighted to come away with a point.