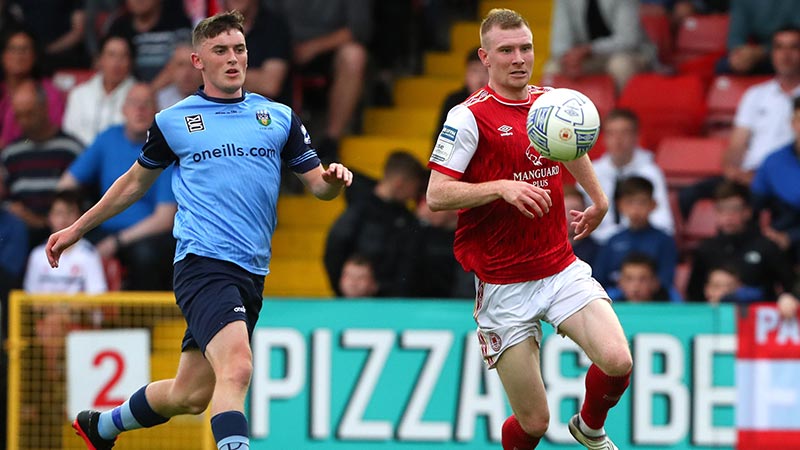 A brace from Eoin Doyle in the second half ensured the three points for the Inchicore club, after a late goal from Alex Nolan halved the deficit to make it a tense finale.

It was the goal scorer who went closest in the first half in the 20th minute when he controlled it in the UCD penalty area, but his strike was palmed out for a corner. He went close again after 35 minutes when the ball fell to him in the six-yard area, but his strike could only go just past the post. The January signing went close for a third time after 40 minutes when Burns cut in from the right, but his cross come shot couldn’t be steered goal wards.

UCD should’ve scored right on the stroke of half time. A lovely Sean Brennan pass split the Saints defence, but Dara Keane’s strike was saved by Anang. However, the ball fell right to Brennan inside the box although his strike was hit straight at Anang.

The came burst into life five minutes after the restart when Forrester found Eoin Doyle inside the penalty area. His header proved too powerful for Moore who could only palm it into the goal.

A massive sending off shout for UCD was only cautioned by the referee.

Dara Keane raced through on goal and was clipped by Sam Curtis, and much to the annoyance of the UCD coaching staff, he wasn’t given his marching orders.

It went from bad to worse as Andy Meyler and Willie O’Connor were sent off for their protests regarding the decision.

The Saints made it two when Ben McCormack was brought down by Evan Caffrey in the penalty area. Doyle stepped up and sent Moore the wrong way with a lovely spot kick after 73 minutes.

UCD had chances however, with Duffy going close on a couple of occasions. They pulled a goal back when Alex Nolan struck the ball into the far corner with three minutes left in normal time.

The Saints hung on though for a big three points. UCD can take confidence from their performance but will rue their missed opportunities.