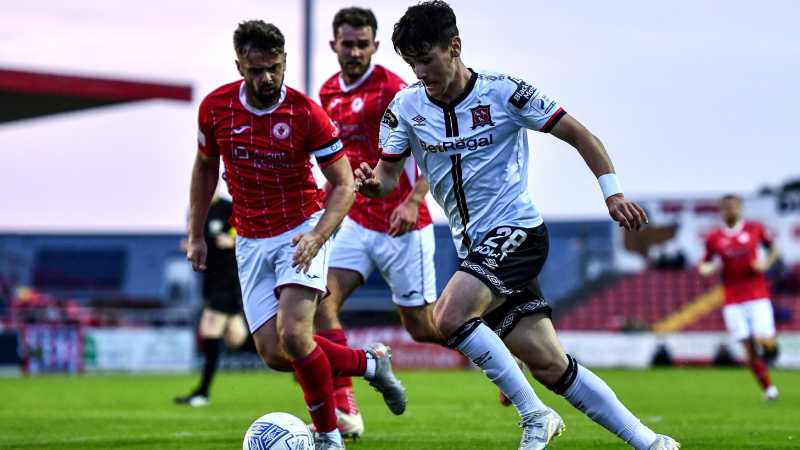 An own goal by Andy Boyle and a goal by Sligo's Aidan Kenna made it a forgettable evening for Dundalk at the Showgrounds as the Bit O'Red earned three crucial points for their league campaign.

Owing to Darragh Leahy's red card midway through the first half, the Lilywhites were forced to play the majority of the game with ten men.

A clever pass from Joe Adams to John Martin, who passed the ball to Ryan O'Kane, who was under pressure and missed the target, to give Dundalk an early chance. There was also early pressure by Sligo as they forced Nathan Sheppard to release the ball early, which resulted in Greg Bolger's recycled ball being finally cleared.

After John Martin stole the ball from Shane Blaney and surged toward the Sligo goal, Luke McNicholas was forced to make a fantastic save to stop him. Martin found himself one on one with the keeper at an angle, and the keeper had to stretch to block his shot.

Dundalk defender Darragh Leahy tripped Liivak when he was going for goal, and because he was the last man, the referee had no choice but to dismiss him in a big turning point of the game.

The best opportunity for Sligo to apply pressure on the visitors came when Paddy Kirk's superb shot was superbly stopped by Shepperd's outstretched left boot, resulting in the ball being cleared.

Sligo would open the scoring with a little bit of luck in the second half despite early Dundalk pressure. The Bit O'Red got their goal when Andy Boyle turned in a shot from Fitzgerald at the near post to put the hosts ahead.

A few seconds later, second-half substitute Max Mata nearly added a second, latching onto the end of a Will Fitzgerald cross, but his shot just missed the target.

As Dundalk tried to get back into the game, John Mountney took a snapshot that missed the target. The next goal was scored by Sligo when Kenna advanced down the right to send in a first-time ball for Liivak at the near post, who finished it off by beating Sheppard to extend Sligo's lead.

This result is massive in terms of league standards as Dundalk now drops to third and Sligo look to put pressure on St. Patricks Athletic. The race for second is very much hotting up and could go down to the final day.