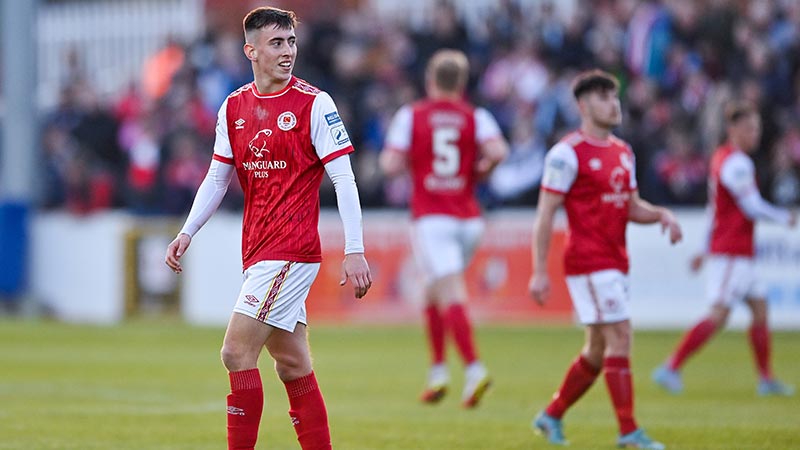 Sligo Rovers played out an entertaining and eventful 1-1 draw with St Patrick’s Athletic to solidify both side’s midtable positions.

Aidan Keena scored a sumptuous opener on 35 minutes after a divine layoff by David Cawley.

Five minutes after half time however, Darragh Burns levelled after Eoin Doyle crossed well from the left.

The match was an end-to-end thriller, at times scrappy but immensely watchable thanks to both teams’ willingness to allow their attacking talents to play freely.

Within five minutes, a St Pats corner resulted in Joe Redmond’s snapshot which forced Ed McGinty to tip over. St Patrick’s Athletic were on top and came close via Doyle and Chris Forrester before the sucker punch of Sligo’s score.

Cawley escaped a tackle and brilliantly located Keena who effortlessly curled the ball into the top corner. Brian McCormick attempted to restore parity before the break but shot wide.

Immediately after the interval, Will Fitzgerald could have doubled the lead but shot straight at Anang. Moments later, the Showgrounds crowd was silenced as Forrester released Doyle who galloped down the left and delivered a cross that was begging for a touch. Burns, sprinting in on the back post, obliged and it was 1-1.

The frenzied nature of the match continued as the teams’ traded opportunities. Fitzgerald had another snapshot deflected narrowly wide which was the closest either side came to grabbing a winner.

Whilst there were six yellow cards dished out, the match was feisty due to its intensity and as such made for a pleasure to watch.

Coming from behind maintains Pat’s recent momentum and proves their versatility as this performance was in stark contrast to their defensively dogged approach against Derry last week.

Sligo, after a tough recent run, will be as encouraged by the performance as taking a point that both teams had thoroughly earned.