Pat’s cruise to away win over Drogheda 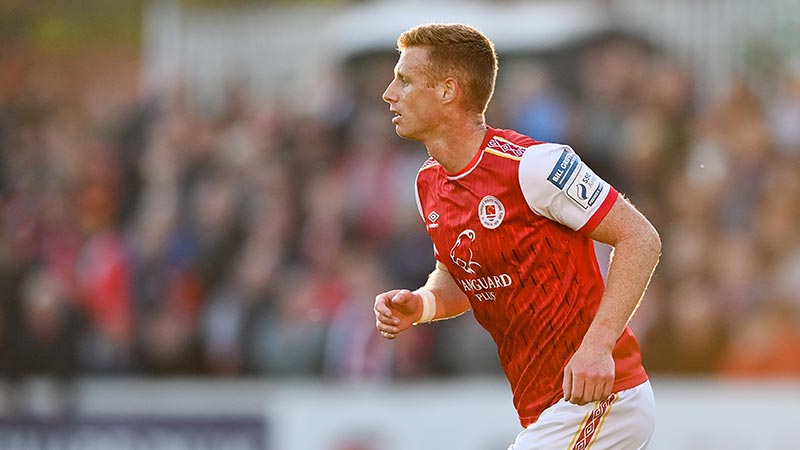 Right from the off the hosts struggled to contain the Saints and after just four minutes Billy King floated a cross to the back stick where Darragh Burns headed home. Eoin Doyle added a second in the 35th minute, slotting home after Burns’ through ball.

King got a well-deserved for the third, burying a shot in the bottom corner from inside the box just after the hour. Kyle Robinson scored with his first touch off the bench latching onto a low cross and made the game finish 4-0 to the visitors.

A miserable day at the office for Drogheda was met by a lucrative return to Head in the Game Park for Tim Clancy as his Dubliners brushed Kevin Doherty's men aside.

Right from the off the main problem was obvious for the Drogs as King tormented George Poynton down the left wing, beating him with ease a number of times within the first couple of minutes and moments later to the detriment of the hosts.

With just four minutes gone he got to the by line and stood up a floated cross for Burns to head home. Creativity from these two was central to how Pats constantly threatened the Louth side throughout the half.

Drogheda responded positively for 10 minutes but Eoin Doyle neutralised this when he got on the end of a lovely through ball from Burns and slotted past Long.

The goal was met with controversy though as the home crowd and management were insistent that Doyle was offside.

The Claret and Blue side made some necessary changes at the break as Poynton and Luke Heeney came off and the home team troubled Pats for the next few minutes. Delays due to a drone above the ground were untimely for the Drogs and the game went flat again.

King got a goal of his own to make it three when he was gifted plentiful time in the box and composed himself to bury a close range shot past Sam Long.

From here Drogheda were out of the game completely and didn’t even look like getting a consolation.

Kyle Robinson came off the bench for the Saints to make matters worse, latching on to a low cross in the 86th minute and tapping in with his first touch to make it 4-0.

Clancy’s men flexed their muscle over a Drogheda team in a terrible mental state. They now move to third with Dundalk and Sligo dropping points while Drogheda drop to eighth with Shels winning.