Rovers on top in Dublin derby 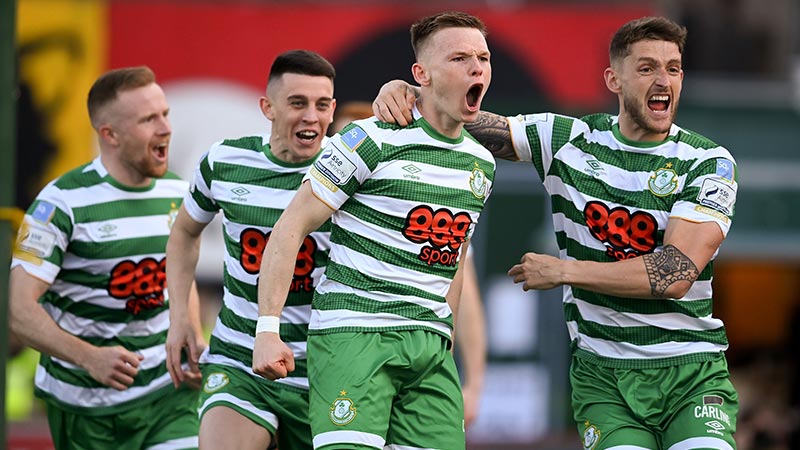 Former Bohs man Andy Lyons gave the visitors the advantage inside 5 minutes, and a Max Murphy own goal doubled their lead after 35 minutes.

Junior Ogedi-Uzokwe got one back for the Gypsies in the 69th but Danny Mandroiu went straight up the pitch to make it 3-1 and silenced the crowd.

It’s fair to say both sides brought excellent energy levels, although you’d expect nothing less in this fixture. However the difference proved to be that extra bit of quality Rovers possessed, with Byrne in particular dictating the play.

Lyons gave them the lead in the 5th minute after he capitalised on a scramble in the box.The former Bohs man’s goal didn’t go down well with the home crowd.

Stephen Bradley’s men continued to edge the Gypsies in quality and had the majority of chances despite the hosts being a threat on the break through Kris Twardek and Ali Coote.

They went two up after 35 minutes when Byrne’s cross led to an own goal from Murphy.

The Dublin Originals made three changes at half time and adjusted to two up top which freed up some space and they became the better team for the next 20 minutes.

They got a deserved route back into the game when Ogedi-Uzokwe latched on to the rebound of Dawson Devoy’s long distance volley.

However Mandroiu went straight up the pitch and slotted home to the agony of the home crowd, before proceeding to shush them. Afterwards any fight Keith Long’s men had left was minimal and Rovers saw out the 3-1 win.

A big result for Bradley who sees his team keep pace with Derry. Long can take positives from the second half but the loss now sees the Phibsborough outfit move further from the likes of Pats and Dundalk.