Harps strike late to take share of spoils at Dalymount 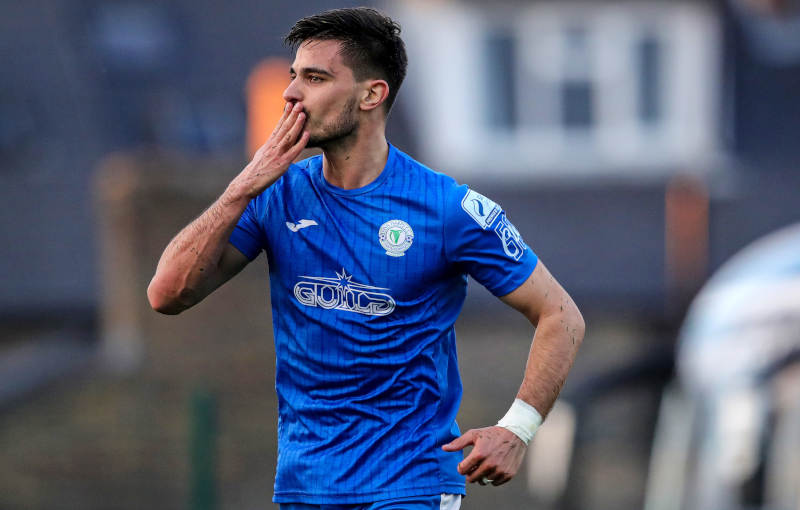 After losing their slender lead, nine-man Finn Harps clawed their way back from an improbable position, snatching a point against Bohemian in a frenetic Premier Division clash at Dalymount Park.

Hard done by early on in the game with a dubious sending off just seven minutes in, nine-man Finn Harps somehow managed to emerge from Dalymount Park with a gritty point and stoppage-time equaliser from substitute Mark Timlin, sending their hosts into a state of despair.

Referee Sean Grant essentially killed this game before it could become a contest after sending off Harps forward Eric McWoods seven minutes in for an off-the-ball incident with Tyreke Wilson, which didn't require any more than a warning. Wilson's reaction convinced him it was more sinister.

Keen to assert his authority here, the official did not hesitate in making this a stop-start affair and that suited the visitors with their numerical disadvantage. It was even sweeter once Rory Feely fouled Filip Mihaljevic inside the area, the Croatian duly slotting home their opener 21 minutes in.

However, it felt they were fighting a losing battle. Their captain, David Webster, was stretchered off before the half-hour mark after sustaining a serious-looking muscle injury.

Two soft bookings were shown before the interval and while already walking the proverbial tightrope, that would prove key as Bohemians brought urgency and renewed zip after the restart.

Despite defending valiantly, there was a sense of inevitability about what was to come. So it proved.

They were overwhelmed by their hosts, sinking without a trace. Junior Ogedi-Uzokwe was brought down by Robert Slevin, presenting Bohs a chance to equalise. Dawson Devoy levelled the scoring with his second spot-kick in as many weeks, but there was no time to celebrate. They wanted more.

Six minutes later, Alistair Coote's thunderbolt from a corner saw Bohemians wrestle back control. It travelled so fast Harps goalkeeper Mark McGinley couldn't move before it whizzed past him.

But it was his 74th-minute save with an outstretched leg onto the far post from Promise Omochere which proved decisive, keeping his side in with a puncher's chance of an unlikely leveller.
After Ryan Rainey received his second booking and was given his marching orders in stoppage-time, there was still time for one more twist left.

Bastien Hery, Yousef Mahdy and Mark Timlin – all late substitutes – combined before the latter's touch split the Bohs backline and gave him space to apply the finish to an intricate passing sequence, sending the visiting bench into pandemonium. Never has one point felt quite like three.