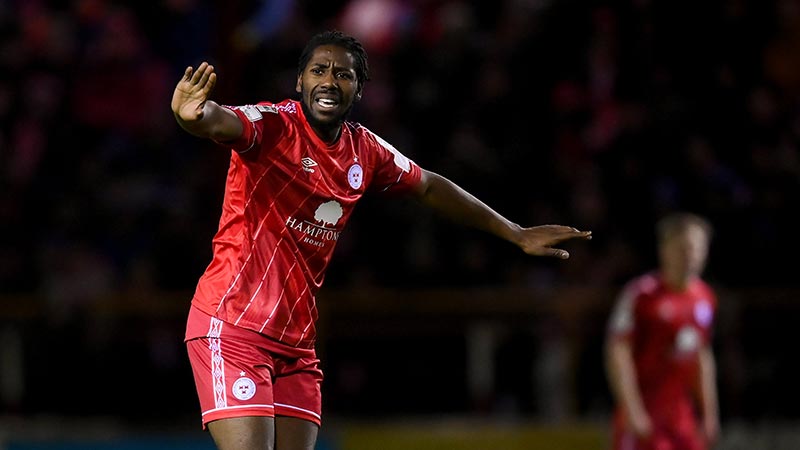 A Dan Carr penalty was enough for Shelbourne to take all three points back down the road to Dublin for their second win of the season.

Liam Buckley’s Sligo Rovers will rue their sluggish first half as the suffer their first defeat of the campaign.

The opening quarter of an hour of the game was slow with neither side really showing any signs of danger as they battled for possession. The high press from Damien Duffs side, however, began to wear down the midfield of the home team.

As the half through on Shelbourne got a stronger foothold in the contest, Liam Buckeys’ side were forced to drop deep to try get into the game. There was no let up for the away side as their press lead to a number of chances in quick succession from O’Driscoll and Farrell.

On the half hour mark Rovers had an attack halted with O’Driscoll picking up the first yellow of the game. Clarke dealing with the resulting free kick easily, dispatching the ball quickly to force Rovers back on the defensive only for O’Sullivan to catch Kane in the box to give away an unnecessary penalty. Dan Carr stepped up and smashed the ball home to give the Reds the lead.

Sligo picked up their pace as the half drew to a close but just before half time disaster struck as star man Aidan Keenas night was ended prematurely through an ankle injury.

The second half began similar to the first as both sides struggled to get a foothold on the game with the Dublin side looking sharpest once again.

The home side were beginning to grow in confidence when David Cawley saw an effort blocked away for a corner before Buckley made a triple substitution introducing Bolger, Keogh and Kirk.

The three made themselves at home quickly Bolger and Keogh linked up well in midfield while Kirk developed a rivalry with former Longford town team mate Aodh Dervin with some strong challenges.

Sligo pushed on but were no match for the Shels defence as Brendan Clarke marshalled them well from between the sticks.

The game almost turned into a battle royale as the side clashed in the centre circle with Bolger picking up his customary yellow card.

With six minutes added it was backs to the wall for the Reds as they were bombarded with shots, Keogh coming the closest, the former Southampton man driving his shot into the arms of the ever present Clarke.

Next up for Shels is a home tie against champions Shamrock Rovers next Friday night while the Bit ‘O Red host Bohemians on Tuesday evening.