Pat’s make it three on the bounce 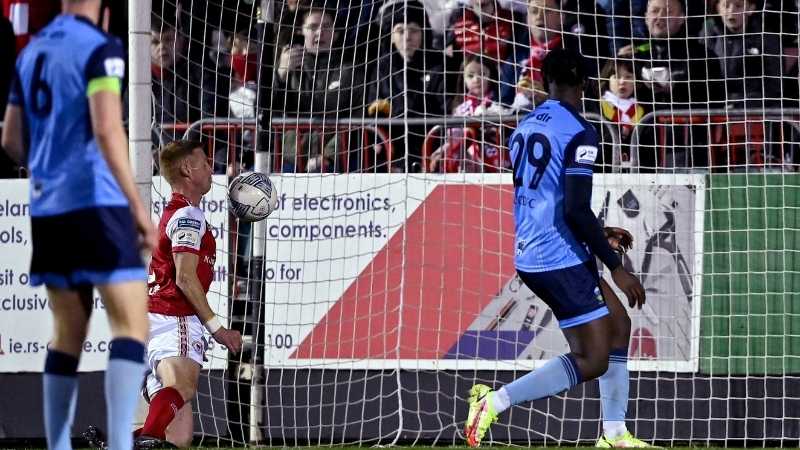 St. Patrick’s Athletic made it three wins on the bounce as they overcame UCD 2-0 at Richmond Park.

The hosts were made work hard for the result as UCD will rue missed chances.

Saints went ahead through an Eoin Doyle header in the 34th minute following great play by Darragh Burns who put it on a plate for the striker. Mark Doyle killed the game off in the second half with a well struck volley that nestled into the bottom corner.

But the visitors can feel hard done by following their first half performance. UCD created numerous chances that they failed to capitalise on in the Saints penalty area. Dylan Duffy was played in early on by Seán Brennan but, the winger fired his shot over the bar.

It would be Brennan, Duffy, and Liam Kerrigan at the heart of everything good done by the visitors in the first half. UCD striker Colm Whelan would grow into the game as well and could have opened the scoring when he nearly got on the end of a brilliant delivery by John Ryan.

The home side opened the scoring however, when Chris Forrester collected the ball 30 yards from goal. He played it out to Burns on the right-hand side, who initially cut in and had his shot blocked. He reacted the quickest then to take the ball to the by line before delivering an inch perfect cross that was met by Eoin Doyle for his second goal in as many games.

The second half started the same as the first half with UCD having some big opportunities. Duffy collected the ball and played it out wide to Kerrigan, who knocked it past Breslin, but his strike was straight at Anang. St. Pat’s secured their second when Billy King drove the ball to the by line, his cross was poorly cleared by John Ryan, and the ball dropped to Mark Doyle 25 yards out who controlled it and struck it sweetly into the bottom corner.

The men from Inchicore now move onto another long away trip up to Derry City at the Brandywell on Friday night, while for the D4 men it is another big Dublin derby when they host Bohemians at the Bowl.