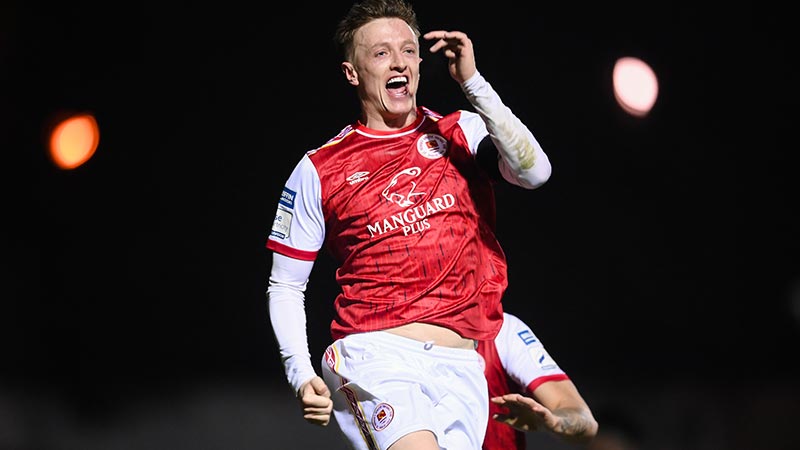 The Saints who had lost their previous two, produced a gutsy performance to overcome the champions in what is a big win for the hosts.

Shamrock Rovers enjoyed the better of the first half with Jack Byrne at the heart of everything. The midfielder slipped through great passes to Danny Mandriou and Ronan Finn on different occasions with St. Pat’s goalkeeper Joseph Anang pulling off a good stop from the latter.

Anang would be kept busy throughout the half as other strikes from Byrne, Mandriou and Dylan Watts kept him on his toes. The hosts had a penalty shout waved clear as Eoin Doyle went down following a challenge from Lee Grace just at the end of the half. The closest they came to finding a goal came through a Mark Doyle strike from outside the box that whisked past Alan Mannus’ goal.

The Saints opened the scoring early on in the second half through a Chris Forrester header. Darragh Burns delivered a pinpoint corner which was well met by the Saints skipper past the helpless Mannus. The visitors controlled the majority of the ball afterwards but, failed to create anything clear cut.

The St. Pat’s back four dealt with everything that came their way in what was a rocking Richmond Park atmosphere. Rovers will look back on missed chances in the first half in particular considering all the possession they had.

Next up for the hosts it is a trip to Ballyboffey to face Finn Harps, while for Rovers it is another huge Dublin derby Friday week when they host Bohemians in Tallaght.