Rovers get title defence off to a flyer 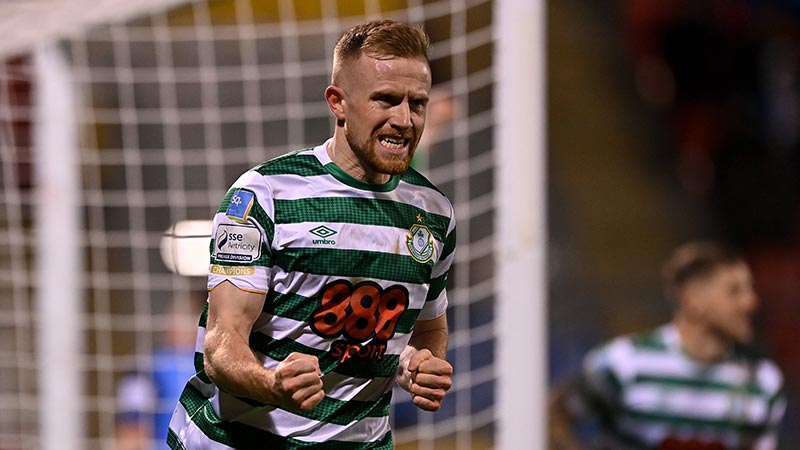 Shamrock Rovers got their title defence off to a winning start, as they beat an inexperienced UCD side 3-0 at Tallaght Stadium this evening.

After dominating the early possession, Sean Hoare opened the scoring with a header from a corner.

Then Danny Mandroiu doubled the lead with a sensational diving header that left the ‘keeper helpless.

A defensive mistake then allowed substitute Graham Burke to round off the win with a third.

It was expected that the Hoops would dominate the ball up against a young Students side, and the opening stages lived up to this. However, it wasn’t the hosts that would have the best chances in the first 30 minutes.

Liam Kerrigan burst past the defence twice to test Alan Mannus in the Rovers net. On both occasions the experienced stopper was equal to the UCD number seven’s efforts.

When it seemed like every cross would land on the heads of Yoro and Todd at the heart of the visitors’ defence, Jack Byrne played in a wonderful corner. Sean Hoare ran from deep to build up the momentum to drill his effort past Lorcan Healy.

It wouldn’t take too long to find a second, as shortly before half-time, Byrne worked his magic again. A whipped ball to the left side of the box seemed to be harmless, but Mandroiu thought otherwise. The forward threw himself past his marker, generating plenty of power and placing a beautiful header inside the far post.

After pressing initially at the start of the second period, the game settled back into its familiar pattern. The Hoops were on top, and the youthful UCD were beginning to wilt.

Then defensive mistake after defensive mistake from the formerly solid Yoro and Todd, handed the home side plenty of chances to put the game away. Mandroiu missed two with poor finishes, but Burke wasn’t to be denied as he found the bottom corner.

It’ll be worrying for Andy Myler how much his side fell off after a reasonable start. Despite this, there isn’t a harder game to start the season with, and it’ll be other games that will decide the Students fate this term. For Rovers it was simply another day at the office, a high quality performance and a great start to their season.