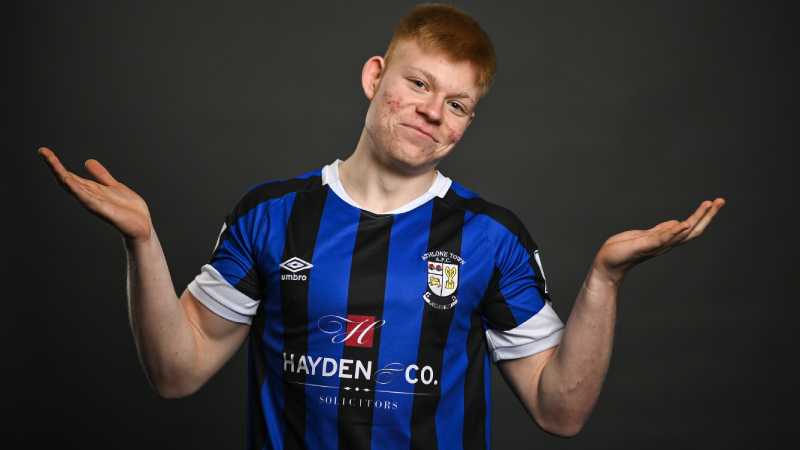 Dylan McGlade and Barry Coffey put Cork ahead early before Gary Armstrong responded. Noah Van Geenan tied it up with twenty to go, before an Aaron Connolly free with seven minutes to go won it.

It took just five minutes for City to get up and running. They passed the ball around the edge of the Athlone, with a particularly good switch from Franco Umeh being key.

The ball found its way to Dylan McGlade on the left, who cut onto his right foot and found the top corner with a sweet strike. It looked as if it would be a tough one for the hosts from here on.

It went from bad to worse for Athlone in the 16th minute. A cross from the left took a deflection and an Enda Minogue error allowed Barry Coffey to tap it in. The champions were happy campers.

Athlone wouldn’t go down without a fight however and responded just three minutes later. Gary Armstrong got the ball on the left-hand side and cut in, finding the bottom corner. The town went for it for the rest of the half, but to no avail.

The Midlanders were the better team in the second half and it ended up showing. Aaron Connolly and Thomas Oluwa had penalty shouts waved away, whilst an Oluwa effort on goal got by Jimmy Corcoran but was cleared away. It wasn’t long until their persistent pressure paid off though.

With twenty minutes left, they won a corner. A one-two on the left-hand side worked well and the eventual cross to the back post was met by Patrick Hickey. He headed it back across for Noah Geenan for a tap-in, who made it 2-2.

Cork could’ve retaken the lead in the 83rd minute when Darragh Crowley wriggled his way through the Athlone defence and curled one for the far corner. His effort was just wide, yielding a corner.

The town had the last laugh however with seven to spare. Adam Lennon won a free kick about 30 yards out and up stepped Aaron Connolly. The midfielder struck it sweetly, making it awkward for Corey Chambers. Chambers couldn’t do anything about it and Lissywollen was over the moon.

Athlone may have started the campaign poorly, but their good play in the second half of the season suggests there’s something in this squad for the future. For Cork, they prepare for next week’s trophy lift.