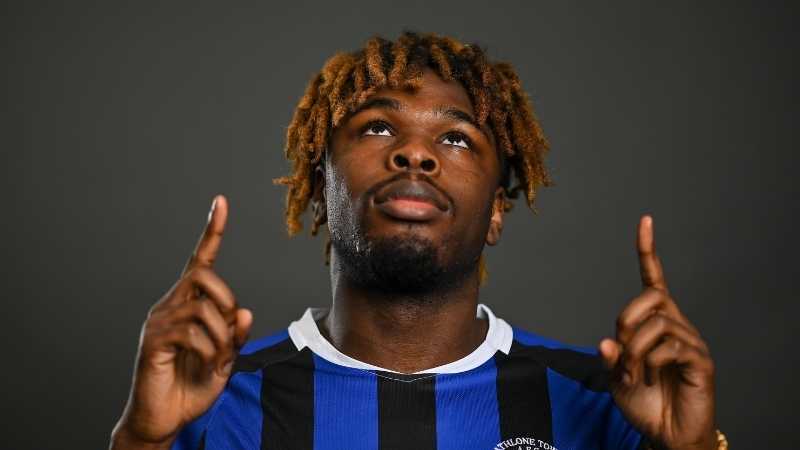 Thomas Oluwa came back to haunt his former club Galway Utd and end their slim title chances. Oluwa’s 10th goal of the season decided this game at Eamon Deacy Park.

The home side had made the perfect start to the game. Barely two minutes had elapsed when Stephen Walsh nicked the ball from Jarlath Jones and coolly fired to the net. Athlone were back on level terms in the 18th minute when Adam Lennon found the back of the net with a stunning strike.

Athlone keeper Vladislav Velikin brought off a superb save in the 33rd minute to deny David Hurley. As half-time approached Galway piled on the pressure. Killian Brouder’s header came off his team-mate David Tarmey who was on the line.

Five minutes into the second half Hemmings brought a fine save out of Velikin. McCarthy’s curling effort went wide in the 55th minute as the home side pushed to restore the lead. As the game went on Galway manager John Caulfield made changes.

Sub Oisin O’Reilly saw his shot pushed away by Velikin in the 67th minute, the ball eventually fell to Walsh but his bicycle kick went over the bar. In the 74th minute McCarthy’s long range effort just went narrowly wide. Bastien Hery did very well in the 76th minute, he played the ball to O’Reilly the ball fell to Hurley but he blasted the ball over the bar when it was easier to keep it down.

Utd were made rue not taking their chances when in the 81st minute Oluwa put Athlone ahead. Galway now have a battle on with Waterford to finish second in the table.