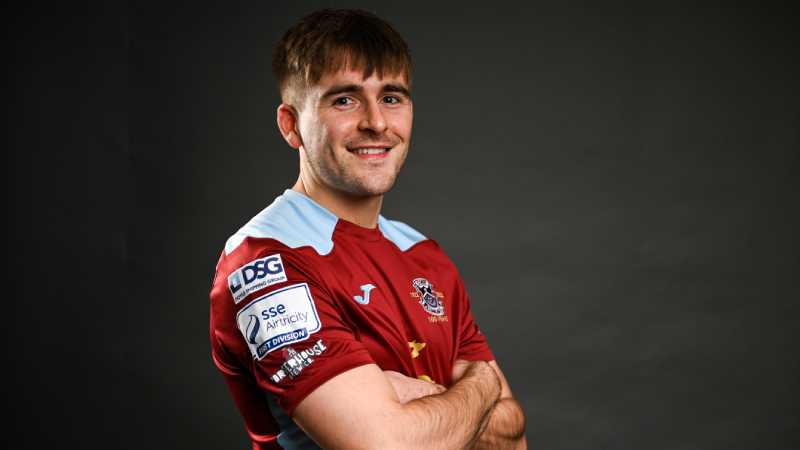 Galway made the better side and nearly too the lead in the 5th minute when Wilson Waweru’s shot hit the post.

United’s dominance continued in the opening quarter with Ronan Manning missing a glorious chance in the 11th minute when he blazed a shot over the bar from five yards out.

Galway continued to lay siege on the Cobh goal, who needed a last-ditch tackle from Brendan Frahill to deny Manning from scoring in the 19th minute.

Despite their dominance, it was Ramblers who would take the lead thanks to a wonderful Darragh O’Sullivan Connell free-kick which caught Conor Kearns completely unaware with ball going over his head into the net.

Despite the goal being against the run of play, Cobh did justify their lead as they finished the half the better side and looked particularly threatening from set-pieces.

Galway on the other hand were wasteful in front of goal and went in 1-0 behind at the break as a result.
The visitors started the brighter in the second half in search of a crucial equaliser. Once again it was

Manning who looked most threatening and was inches away from levelling in 54th minute when his shot blazed just over the bar.

The game began to boil over around the hour mark. Firstly, Galway were aggrieved not have been given a penalty while both sets of players clashed over an injury to O’Sullivan Connell who was accused of time wasting.

Galway began to turn the screw in the final 15 minutes with Paul Hunt making a magnificent save from Wilson Waweru to deny the equaliser.

The equaliser finally came in the 6th minute of injury time as substitute Mickie Rowe found the net with a curling right footed shot to deny Cobh their fourth win of the season.

Despite Cobh’s heartbreak, Shane Keegan’s side did do their neighbours Cork City a massive favour in the race for automatic promotion with the 1-1 draw which leaves Galway having to beat City next week to stay in the hunt.