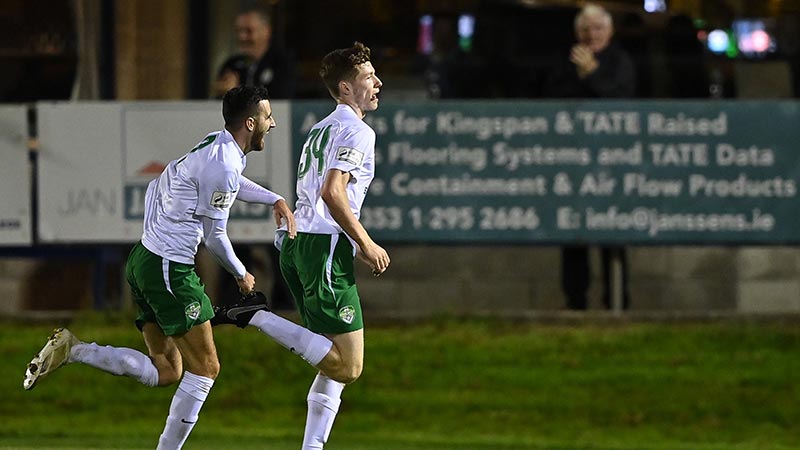 A Ben Feeney brace in the first half saw Bray to a 2-0 victory over Athlone Town at the Carlisle Grounds tonight.

In a contest where chances were few and far between for either side, the three points ultimately went to the side who both took them and defended well at vital moments.

There were a few decent chances for either side before the breakthrough came. For Bray, Jamie Hollywood forced Enda Minogue into a decent save just two minutes in following a half volley on the turn from a throw in.

For Athlone, two good chances came between the 10th and 15th minute when Noah Van Geeren met a corner all alone at the back stick and Joe Gorman had to pull off a decent block. From the following corner Valeri Dolia whipped one into the mixer, but Thomas Oluwa headed over.

The breakthrough came in the 25th minute when a ball down the line was flicked on by Ben Feeney to Paul Fox and although it looked like he might be dispossessed, he managed to return the pass to Feeney. He slotted in from a tight angle with the inside of his right foot to find the net to give the hosts the lead.

The second came in the 39th minute when a long Jack Hudson throw-in was flicked on by Hugh Douglas to Feeney again from no distance out. He nodded home to double the Seagulls lead and just like that, they were well on their way to victory.

In the second half Athlone would have a few good chances but good defending always denied them. Just two minutes out of the interval an Adam Lennon pass across the box took a wicked deflection, forcing Stephen McGuinness to scramble and tip it over the bar.

Ten minutes later a passing triangle of Dolia, Oluwa and Gary Armstrong sent Oluwa through on goal and as he was about to pull the trigger, Dean Zambra came in from behind with an excellent tackle to deny him. Truly, a piece of excellent defending.

The last good chance came in the 74th minute when some sloppy Bray play allowed Dolia to run through on goal, but McGuinness was off his line like a shot to deny the eventual effort. The win makes it two in a row for Bray, whilst Athlone suffer yet another defeat in what has been a very tough season.