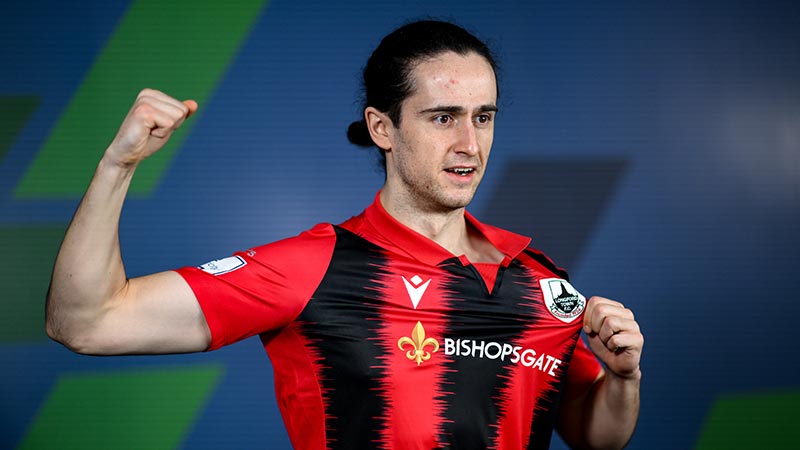 A brace from the in-form Jordan Adeyemo as well as a spot kick from Sam Verdon, sealed a comfortable 3-0 victory for Longford Town over Bray Wanderers at the Carlisle Grounds this evening.

It was an evenly matched first twenty minutes between both sides, with not many clear cut chances made.

Towards the middle of the first period, it was Gary Cronin’s side who started to see more of the ball.

Aaron Robinson had the first couple of big chances for Longford Town and it took two great saves from McGuinness to deny Robinson from close range and from distance.

In the 26th minute, a long ball over the top of the Bray Wanderers defence by Mark Hanratty found the dangerous Jordan Adeyemo.

The Town’s number nine showed great composure to dribble past McGuinness in the Bray net and calmly stroke the ball into the back of the net.

From here, you could see Bray Wanderers become frustrated and after their former man Sam Verdon slipped Adeyemo through, he was fouled by Jamie Callaghan. The referee pointed to the spot and Verdon stood up and sent McGuinness the wrong way to double their lead.

Just minutes after the restart, Longford Town secured the points after a fantastic whipped cross from Dylan Barnett found the inform Jordan Adeyemo. Adeyemo volleyed home into the net from close range to triple their advantage.

From here, Longford continued to dominate with the likes of Hanratty, McMenamy and Elworthy working hard to keep their side in control.

The visitors came agonisingly close to a fourth goal with a quarter of an hour remaining through a free kick from former Bray man Dylan Barnett. The left back’s effort from the edge of the area smashed against the post and out.

Longford held out for the well-deserved win, while things went from bad to worse for Bray who have won just once at home this campaign.