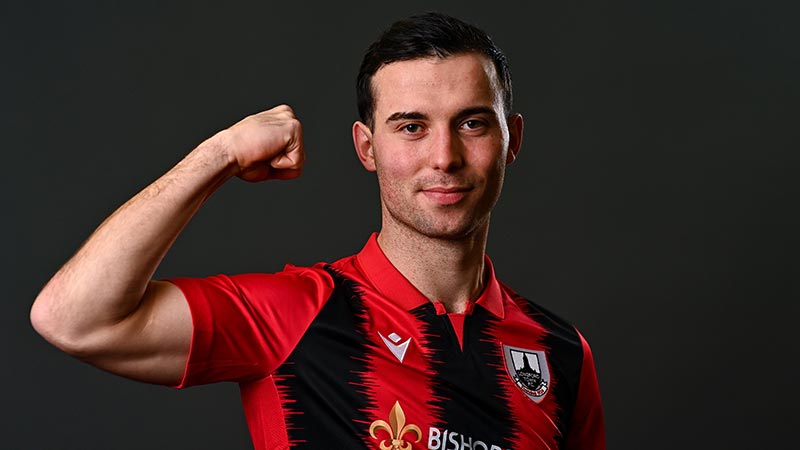 Goals in each half from Jordan Adeyemo and Mark Hanratty saw Longford Town make it three wins from three over Ramblers this season.

Just three minutes had elapsed when the home side broke the deadlock; Sam Verdon’s low drive was blocked on the line by Justin Eguaibor, the ball fell to Adeyemo and he shot home from close range.

Hanratty marked his debut for the Town with a goal in the 63rd minute; Verdon with a one-two and Hanratty with a nice strike past Paul Hunt.

The visitors had the first effort on goal. The ball fell nicely to Luke Desmond in the second minute but his shot was just wide. One minute later and the Town were 1-0 up. Ramblers defender Brendan Frahill put in a good tackle to deny Verdon in the fourth minute as Town went in search of a second goal.

Conor Drinan’s backheel was cleared by Town defender Mick McDonnel in the 10th minute. Adeyemo caused the Ramblers defence a lot of problems throughout. From a corner in the 18th minute he tried some acrobatics but the ball went over the bar. Town played some good football. Verdon saw his effort deflected out for a corner in the 27th minute.

A good move in the 38th minute ended with Eric Molloy putting the ball in the net but it was ruled out for offside. It seemed a harsh call. As the half ended Rambles pressed but the home defence did well.

In the 53rd minute Town came close to doubling their advantage. Adeyemo did the hard work and whipped the ball into Verdon but Eguaibor somehow was able to turn Verdon’s effort onto the bar.

Minutes later Dean McMenamy flashed his effort wide as the Town piled on the pressure. Ramblers keeper Paul Hunt brought off a fantastic save to deny Darren Clarke in the 62nd minute.

Town doubled their advantage in the 63rd minute through Hanratty with Sam Verdon once again providing the assist. They kept pushing for another goal while Ramblers didn’t create anything to trouble Luke Dennison in the second half.