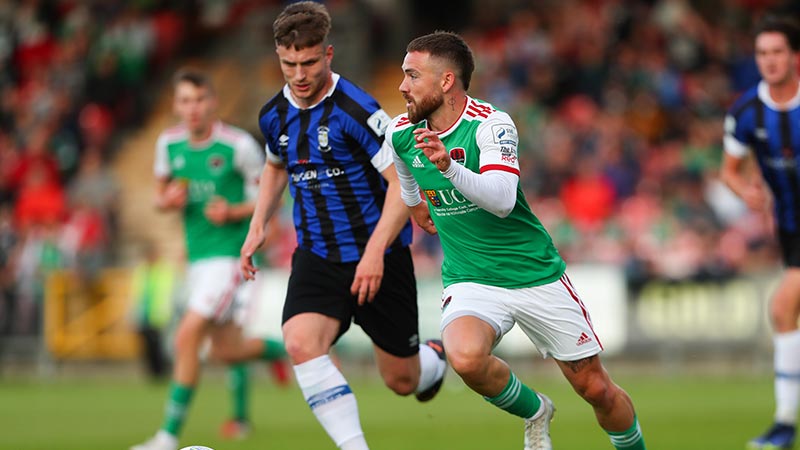 The opening ten minutes was end to end with Athlone in particular showing no fear in going forward despite their low position in the table.

That early optimism faded quickly however when Dylan McGlade put Barry Coffey through on goal with the former Celtic player slotting the ball home in the 14th minute.

Two minutes later and the dynamic duo were at it again. McGlade did well to cut in off the left before Coffey got on the end of the cross to smash home and double City’s lead.

The second quarter was understandably flat with the hosts in complete control. Athlone’s best chance of the half came through captain Shane Barnes who ran in behind the City defence but his effort flashed just wide.

Cian Coleman reenergised the crowd when he got City’s third goal just before the break after heading home from a corner to leave it 3-0 at the break.

Three became four at the beginning of the second half as Josh Honahan headed home from another corner.

Athlone’s luck continued to slide as goalkeeper Vladislav Velikin was deemed to have brought down Ruairí Keating in the box in the 51st minute. The Galway man converted the resulting to spot kick for 5-0.

The goals kept coming with Coffey getting his hat-trick in the 58th minute when Velikin failed to keep out his half volley.

Similar to the opening half, the energy began to drop in the second quarter with the points long sewn up by the hosts.

Valeri Dolia got one back in injury for Athlone in what was an otherwise comfortable night for Colin Healy’s side who remain at the summit.