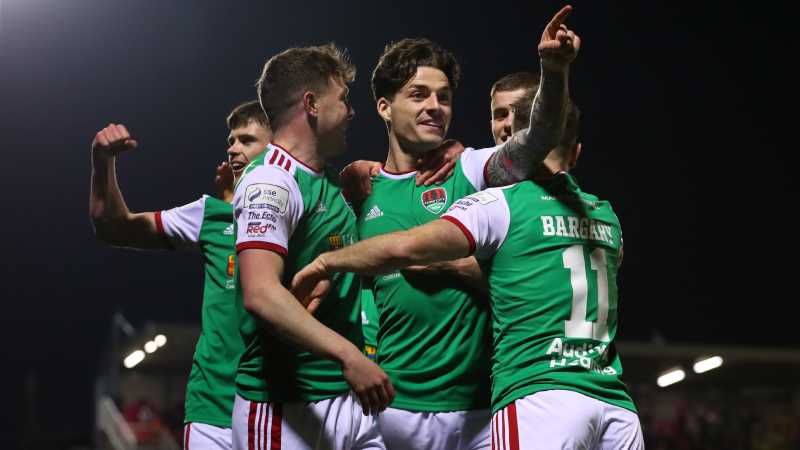 A crowd of 6,393 were in attendance at the Cross as this top-of-the-table clash ended in stalemate. The visitors started brightly. David Harrington made a good save from Rob Manley in the eighth minute after Stephen Walsh’s deflected shot fell nicely to the striker.

Utd were down to 10 men in the 16th minute when Ed McCarthy was shown a straight red for a cynical foul on Cian Bargary. A cross from Conor McCormack in the 60th minute met the head of Stephen Walsh but his close-range effort was brilliantly saved by City keeper Jimmy Corcoran.

Galway started the better. Max Hemmings’ cross was deflected out for a corner in the second minute by Ally Gilchrist while Harrington saved from Manley minutes later. In the ninth minute, Hemmings went down in the box after a challenge from Kevin O’Connor.

Dimas hit a tame effort that was saved by Harrington one minute later. Down the other end, Cian Murphy’s shot was deflected out for a corner. In the 16th minute, the visitors were reduced to 10 men when McCarthy was sent off. The sending-off changed the dynamics of the game.

David Hurley’s free was easily saved by David Harrington while Jonas Hakkinen’s tame effort failed to trouble Conor Kearns. City’s ball in the final third was poor and anytime they did create something the Utd defence were able to handle it.

Kearns saved from Cian Murphy in the 54th minute and on the hour mark Walsh was denied by an excellent save from the City netminder. McCormack’s corner hit the crossbar on the 70th minute and then Hurley did so well to get back and win the ball as City went on the attack one minute later.

In the 80th minute City sub Barry Coffey hit a low drive that was just inches wide. Bargary's excellent shot went over the crossbar minutes later. A header from Murphy was wide in the 89th minute. Kearns then pulled off a superb save to deny Aaron Bolger at the end as Utd held on for a point.