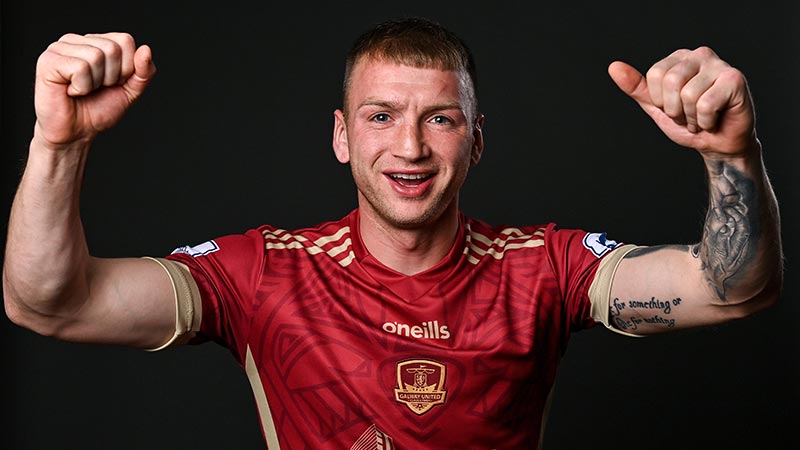 A brace from Stephen Walsh and a debut goal for Robert Manley was enough to see Galway United come out on top 3-0 against Cobh Ramblers.

Walsh headed home after 30 minutes after a great cross from Ed McCarthy. Rob Manley made a great start to his career heading home after only being on the pitch for 10 minutes.

Walsh was rewarded for his efforts late on following in an attempt from Manley that sat nicely for him to slot home his second.

Cobh started the game well and had a fair share of possession in the open exchanges.

The pressurised the Galway back line early on with set pieces free kicks at the edge of the box and plenty of corners that should have tested United more. Poor quality from the delivery wasted those opportunities and let United back into the game and they settled into their stride.

they found their rhythm.

Three corners in a row after 26 minutes had Cobh under pressure and just four minutes later 30 minutes on the clock Stephen Walsh headed home from close range, his 11th of the season a fine cross in from Ed McCarthy punished Cobh for not making the most of their own chances.

The Tribesmen dominated the late exchanges of the half and Cobh nearly got hit on the stroke of half time as Charlie Lyons nearly bundled the ball over the line but the Cobh defence was on hand to drive it away.

Galway started the second much the better side with their intensity quite impressive out the block.

Max Hemming replaced Manu Dimas at half-time and he was impressive early on he crossing ability was stretching the Cobh defence and causing all sorts of issues for Cobh.

Rob Manley was introduced for his United debut and he made an instant impact scoring after only being on the pitch 10 minutes and it was Alex Murphy who signed off his Galway United career with an assist as he set’s off across the channel to Newcastle United in the coming days.

That goal saw Cobh make changes of their own as manager Shane Keegan looked to inspire his side for a late comeback but it wasn't to be.

Stephen Walsh made it 3-0 after Darragh Burke’s save landed at his feet and he tapped it home after 82 minutes.

Galway saw out a comfortably victory in the end leaving Cobh to rue those missed opportunities early on.