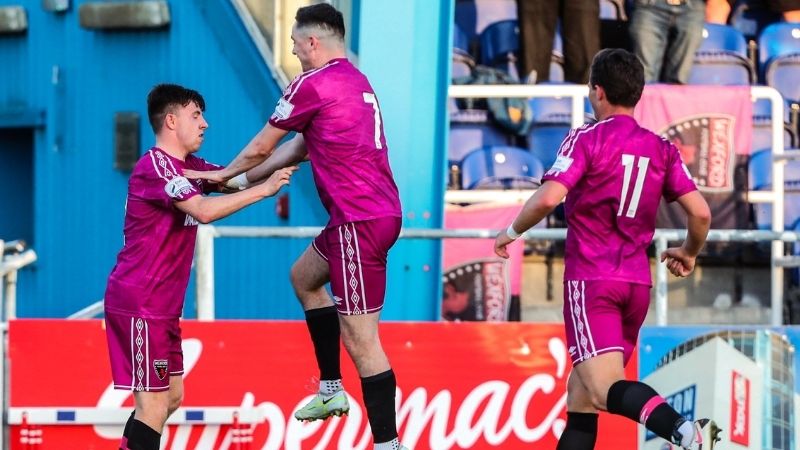 Second half goals from Thomas Considine, Aaron Dobbs and Conor Barry saw Wexford record their first win over the Blues in seven years.

Waterford manager Danny Searle won’t be happy with the defending from his side for the three goals. Considine broke the deadlock in the 50th minute and minutes later Aaron Dobbs doubled his side’s advantage.

Conor Barry grabbed a third goal for Wexford in the 71st minute. Shane Griffin pulled a goal back for the home side in the 81st minute as the Blues fell to a second defeat in a row.

Phoenix Patterson was very prominent in the opening quarter; he got down the wing a number of times and put balls into the box.

In the ninth minute he got down to the end-line, put the ball into Junior but it somehow got caught under his legs.

In the 10th minute Patterson had an effort that got a deflection and Wexford keeper Alex Moody was able to prevent it from going out for a corner.

Thomas Considine put the ball into the box for Wexford in the 14th minute but it was put out for a corner by Olawutunmise Sobowale.

Minutes later Considine’s corner was cut out. The best chance of the half came in the 26th minute when Griffin’s fine strike came off the crossbar with Moody beaten.

Just before the break Waterford had a glorious chance to take the lead. Junior with the pass to Patterson but his shot was excellently saved by Moody, the loose ball fell to Wassim Aouachria but he blasted the ball over the bar.

Five minutes into the second half and Wexford took the lead; Conor Barry took a quick throw-in to Dobbs, his shot was parried by Brian Murphy into the path of Considine and he made no mistake.

Minutes later Dobbs scored his third goal in three games when he finished to the net. In the 71st minute Barry got a third for Ian Ryan’s side.

Griffin pulled a goal back for the home side in the 81st minute but there was no dramatic comeback.