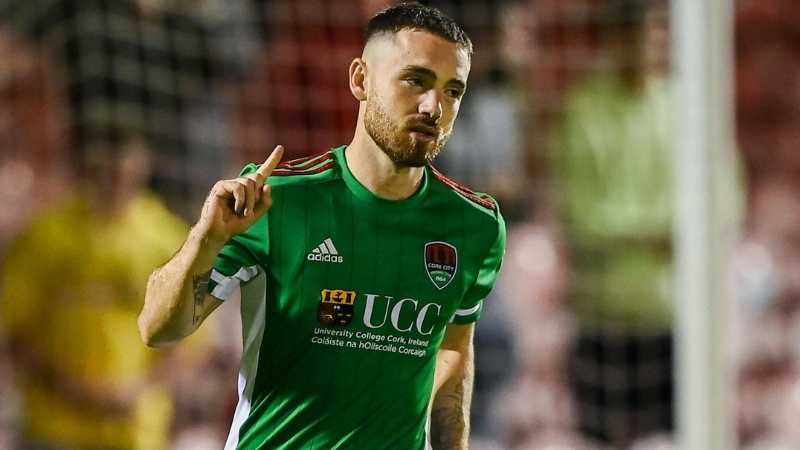 Ireland manager Stephen Kenny was among the 3,307 spectators in what was a scrappy opening half an hour in dour conditions with Cobh appearing to have a bounce with interim manager Ivan Bevan in the dugout.

City struggled to create many significant chances with the visitors happy to sit deep and hit on the break with the slippery surface also playing a factor.

The best chance came in the 16th minute when City worked an excellent triangle through the centre ending in a curling shot from Kieran Coates which forced a good save from Cobh goalkeeper Sean Barron.

City did go close late on in the half, firstly the left boot of Matt Srbely and then through a well-timed header from teenager Mark O’Mahony. Both of their efforts however went just left and wide of the post.

The opening quarter of the second half continued in a similar vain to the first despite Cork upping the tempo in search of the breakthrough.

That elusive goal did come however in the 66th minute through substitute Darragh Crowley. The Tipperary native was only on the field a couple of minutes and showed a real poacher’s instinct as he poked the ball into the net after a goalmouth scramble.

City had the ball in the net again minutes later through Josh Honahan but was pulled back for a foul on Barron in the build-up.

While Cobh fought gamely they failed to create a clear cut chance required to snatch a point while Darragh O’Connell was sent off in injury time for a second yellow card.

As for Cork they claimed a vital three points to keep the pressure on Galway at the top of the table.