Barry bags it for Wexford 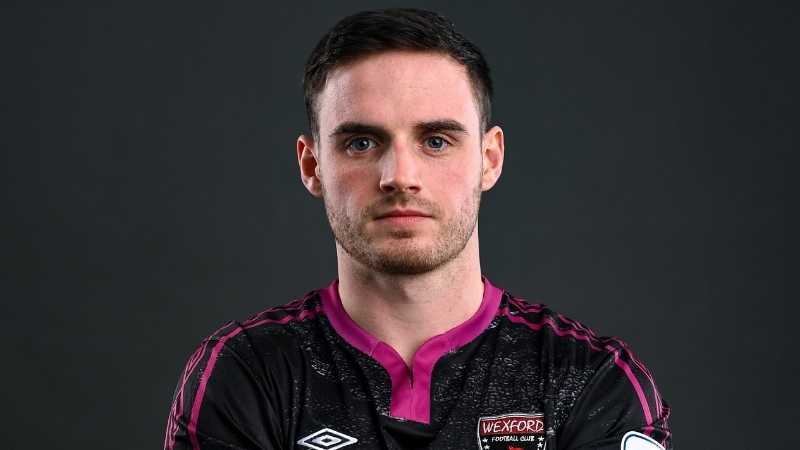 Conor Barry was the late hero for Wexford as his injury-time goal gave them a huge three points at Ferrycarrig Park tonight.

Luka Lovic and Karl Chambers also got on the scoresheet in an entertaining encounter.

Conor Barry was the late hero for Wexford as his injury-time goal gave them a huge three points at Ferrycarrig Park tonight.

Luka Lovic and Karl Chambers also got on the scoresheet in an entertaining encounter.

The game got off to a frantic start with both sides having chances.

Luka Lovic had an effort cleared off the line, meanwhile Alex Moody made a great stop to deny Sam Verdon.

Wexford looked the better side in the opening 45 minutes, playing some slick football and producing nice team moves.

Finishing was a struggle however, as Aidan Friel blasted the ball over from close range.

Jack Doherty came closest for the hosts on two occasions.

First was a one-on-one he failed to find the target from after a great pass from Conor Davis. His other attempt was a flick at the near post right before the break that trickled just wide.

Longford started the second period stronger, Moody again called into action to parry a Cristian Magerusan effort on to the frame of the goal.

The game quietened down after that, neither side able to create much.

It wasn’t until the 70th minute when the game would come back to life in the form of a goal.

A Jack Doherty corner found its way to Luka Lovic inside the six-yard box who finished with ease to give Ian Ryan’s men the lead.

Defensive issues have always been a problem for Wexford and tonight was no different.

Just four minutes after going behind, Longford would level the score. Ben Lunch’s cross found an unmarked Karl Chambers so upon the second time of asking, volleyed the ball in off the post.

Tonight’s result is huge for Ian Ryan’s men as they look to try and squeeze into those promotion places.

Longford still sit somewhat comfortable in third place and they will look to rectify tonight’s result when they face Galway United on Monday night.

As for Wexford they travel to Bray on Monday.