Galway go top thanks to win over Bray 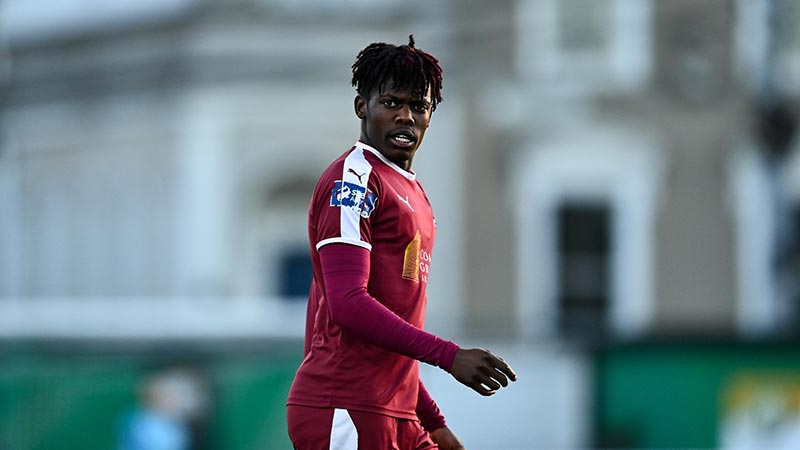 Galway United’s 5-1 win over Bray Wanderers at the Carlisle Grounds tonight sees them temporarily go top of the First Division after a convincing victory.

The Tribesmen wasted little time as Stephen Walsh found the net after just 40 seconds from a Max Hemming’s cross. Sloppy Bray play meant Walsh was able to tee up Wilson Waweru for a second in the 23rd minute.

The Seagulls got one back just after the hour mark through impact sub Darragh Lynch but an attempted cross from Hemmings 10 minutes later found its way in. Walsh scored again after 78 minutes to reach double digits this season before David Hurley converted a late penalty to seal it at 5-1.

The silence was loud on the East Coast when Galway took the lead after 40 seconds as Max Hemming’s was given a plethora of space to pick out Stephen Walsh with a cross. This early goal progressed into what would be a very comfortable evening for John Caulfield’s side who pressed high up the pitch to great reward.

Bray had spells of possession in the first-half but numerous forced long-balls meant they constantly gave Galway quick ball and were always at risk of conceding. The visitors would grab a second goal after 23 minutes when Walsh picked up on a loose ball in the Seagulls half and set up Wilson Waweru to blast home.

It was an unrecognisable home team in the first 20 minutes of the second period thanks to Pat Devlin acting swiftly and making some changes at the break. Conor Knight and Darragh Lynch particularly made a big impact and were very lively.

It was Lynch who got a goal back for the hosts, poking home from close-range following a quick counter-attack and low-driven cross. For a moment it felt like Bray were on route to turn things around and Lynch was unlucky not to score again five minutes later.

However any spirit they had left was void when Hemming’s attempted cross deceived Michael Kelly and looped into the net on 73 minutes. From here it was a matter of the travelling side building their tally against a mentally drained Bray.

Wasteful possession from Devlin’s men was reoccurring through the contest and it would come to focus again for Galway’s fourth when Walsh stole the ball in the box and slotted home for his second goal.

To make matters worse Francely Lomboto was dragged down by Dan Blackbyrne in the box and David Hurley converted the spot-kick to make it 5-1.