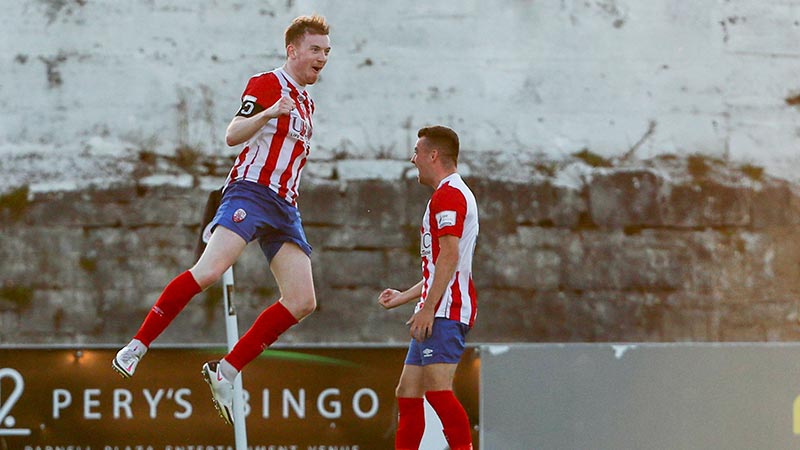 Jack Lynch’s moment of brilliance after just eight minutes proved to be the match winner as Treaty United finally found a win, after nearly two months without a maximum.

This coupled with an early header from Dean George, keeps Treaty in the promotion picture.

Thomas Oluwa’s 20th minute strike kept Athlone interested but the Midlanders never really got near the quality they had last week – when they dismissed Cobh Ramblers 5-2. There was chances either side of the interval for Oluwa but manager Dermot Lennon will be frustrated at the lack of fluency and how they stood off Treaty, particularly early on.

Tommy Barrett will have been desperate for a win, and despite a string of draws, Treaty needed the three points to reignite their second season.

A Marc Ludden throw after just six minuts was flicked home by Dean George, his second goal since the mid-season break. Lynch quickly doubled the advantage. With a free-kick on halfway, he spotted Andrew Skerritt off his line and send a first time effort directly to the net for his first of the season.

Lynch hasn’t played much with injury and work curtailing his involvement.

Oluwa pulled a goal back and it remained 2-1 at the interval. Athlone had the better second half chances. First Oluwa should have scored, when he missed from five yards following a point-blank save from Conor Winn.  The next talking point was a volley from Shane Barnes’ effort entering the final 15 minutes. This cannoned off the crossbar and back to the keeper, with the officials happy that the whole of the ball hadn’t crossed the line.

Treaty United held on for a relieving win for the Limerick outfit.