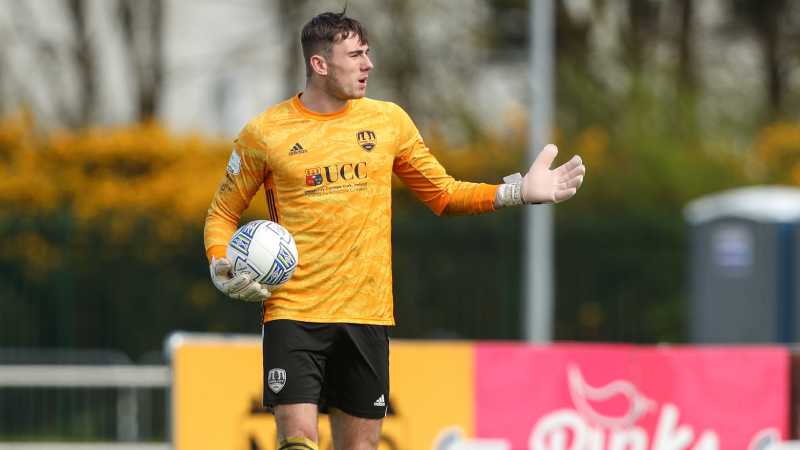 Cork City and Waterford fought out a goalless draw in a feisty game at Turners Cross.

The Munster derby started in frantic fashion with both sides not giving an inch in what was a real six pointer.

An already frenetic few minutes, the game had its opening fireworks when Waterford defender Richard Taylor was sent off for a professional foul on Cian Murphy who would be a thorn in the side of the Waterford defence.

City began to take control of the game with the numerical advantage, laying siege to the Waterford goal with Barry Coffey having the pick of the chances when his shot was saved by Paul Martin.

Despite the circumstances, Waterford had a great chance of their own through Roland Idowu on 25 minutes with David Harrington forced to make a great save against the run of play.

The energy understandably faded after the opening half an hour with the rhythm of the game being disrupted due to two yellow cards and time-wasting by some of the Waterford players.

The visitors began the second half in more promising fashion, frustrating the hosts and the crowd with a disciplined brand of football while also looking threatening from set-pieces.

City began to take control once more and had two huge chances on the hour mark through Ruairi Keating and Barry Coffey respectively.

The hosts continued to pile on the pressure while also introducing ex-Waterford player Louis Britton with twenty minutes left, much to the annoyance of the travelling support.

Similar to the first half, the pace of the game began to slip again with neither side able to create a goalscoring opportunity.

The energy picked up again the final ten minutes with both sides looking for the crucial breakthrough. Britton had a glorious opportunity in the 84th minute but somehow blazed over from five yards out.

That’s as close as it got as the game finished scoreless with City’s lead at the top of the table reduced to four points.

Tensions spilled over with players from both sides involved in scuffles after the full-time whistle with Cork understandably frustrated now dropping points at home to Waterford and Galway with both opponents down to 10 early on.