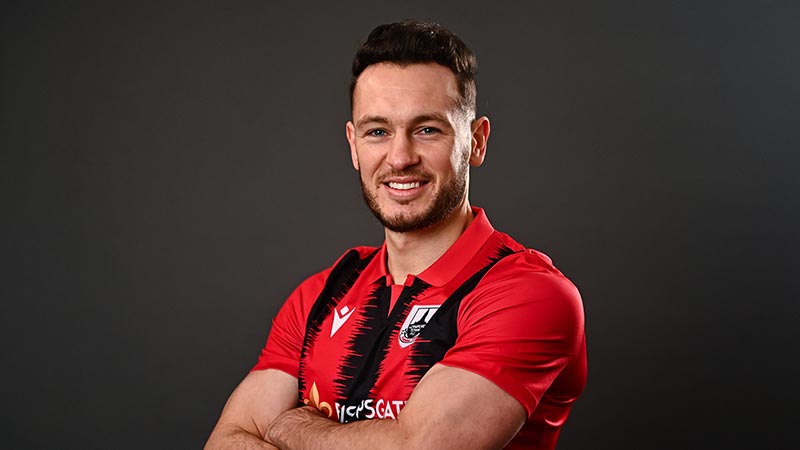 Sam Verdon was the hero for Longford Town, as his 94th minute goal earned the hosts victory at the death over Wexford in Bishopsgate.

It was a frantic end to an entertaining game. First, Aaron Dobbs saw his effort come off the stanchion in the first minute of stoppage time before Wexford were reduced to 10 men when Lorcan Fitzgerald was shown a straight red in the third minute of stoppage time and with time running out Town got their winner when Dylan Barnett’s free met the head of Verdon and he flicked it to the net.

Wexford had taken a very early lead through former Town player Jack Doherty but former Wexford star Eric Molloy levelled matters for the Town on 26 minutes. Ryan Graydon’s effort came smashing off the crossbar in the 51st minute and with neither side creating much to trouble either keeper a draw looked the likely outcome but Verdon had other ideas.

Straight from the kick-off former Jack Doherty surged through and was fouled by Matthew Dunne. He dusted himself off to take the free and he found the back of the net with a wonderful strike.

On 15 Harry Groome hit his effort over. In the 18th minute Graydon’s free looked destined for the top corner but Alex Moody made a great save.

Town were back on level terms in the 26th minute; Shane Elworthy’s cross found Verdon at the far post, his header came back to Molloy who found the back of the net with a powerful effort.

Half chances were then created by both sides as they looked for a second goal.

In the 28th minute Conor Davis’ free from the left was headed just wide by Lorcan Fitzgerald. Minutes into the second half Molloy’s pinpoint cross met Graydon but his effort was just wide.

Graydon was unlucky not to put Town in the lead in the 51st minute; he caught the ball on the volley but it came smashing off the crossbar. Both sides played good football and tried to create opportunities but nothing too clear-cut.

Just when it looked like both sides would have to settle for a share of the spoils, up popped Verdon