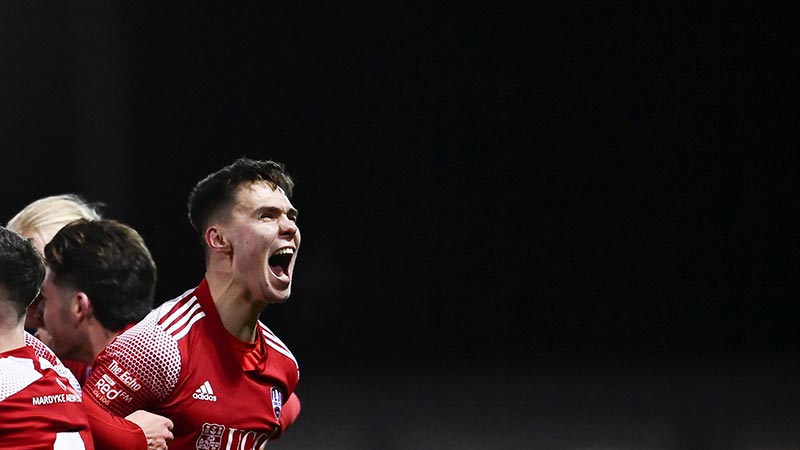 Cork had to battle hard to beat their local rivals Cobh Ramblers 3-2 at St. Colman’s Park.

Keating opened the scoring on 13 minutes when he finished off Kevin O’Conner’s cross, much to the delight of the large travelling support.

It would get even better on 32 minutes when Matt Healy’s sublime effort from outside of the box curled into the top right hand corner giving Sean Barron no chance in the Cobh goal.

The Rams got one back a minute later however when Conor Drinan got on the end of a corner before it was finished of by Ben O’Brien Whitmarsh scoring against his former club.

Cobh were a different at the start of the second half and got their reward on 50 minutes when Conor Drinan charged down Dave Harrington with the ball spilling into the net as a result.

Cork may have been rattled but managed to dust themselves down and regain the lead on 68 minutes when Cian Coleman’s powerful header from a corner put the visitors 3-2 ahead and saw out the match from there.