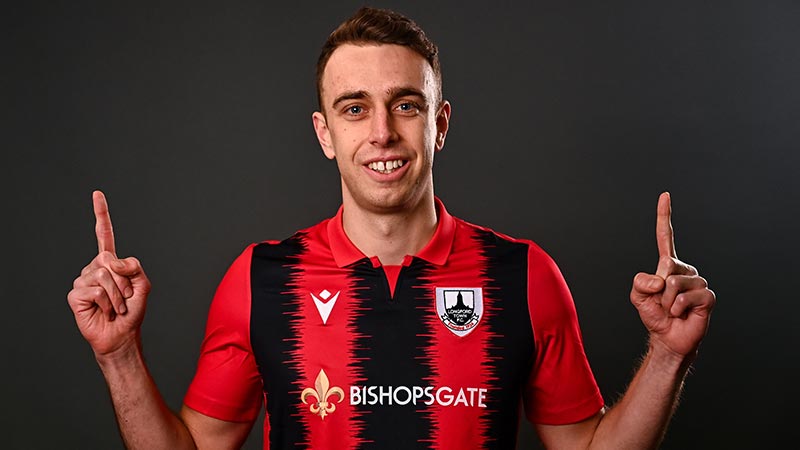 Goals from Darren Craven and Michael Barker saw Longford Town win the first El Clasico of the season and extend their unbeaten record over Athlone Town to 18 games. The win moves Town up to fourth in the table.

Longford broke the deadlock in the 48th minute when a free from Dean McMenamy was finished to the net by Craven. Five minutes later Longford got a second; Michael Barker with a powerful header from a Dylan Barnett corner.

It wasn’t a great spectacle to watch but the home side bossed proceedings and could have scored more. Athlone were poor. They tried to play a little in the first half but were terrible after the break and offered very little. Longford are now four games unbeaten in the league while Athlone are rooted to the bottom three points adrift of eighth place Cobh Ramblers.

Longford were on top in the opening 15 minutes but a mistake on 22 minutes allowed Athlone’s Glen McAuley in but he shot straight at Longford keeper Luke Dennison. On 24 minutes Longford thought they should’ve had a penalty when Athlone keeper hauled Sam Verdon down in the box but referee Kevin O’Sullivan waved play on.

On 26 minutes Athlone had a shot but Gary Armstrong’s weak effort failed to trouble Dennison. Down the other end Athlone keeper Michael Schlingermann pulled off a superb save with one hand to deny Sam Verdon. It was all Longford as the half wore on but they still couldn’t score. Aaron Robinson hit a powerful strike just wide before
the break.

The second half was just three minutes old when Longford opened the scoring through Craven. Five minutes later Barker’s powerful header made it 2-0 to the home side. After that it was all Longford as they piled on the pressure. Barnett’s curling effort was pushed away by Schlingermann in the 57th minute. Athlone made three changes as they tried to create something but they failed to threaten the home side.

Craven burst through on 72 minutes but instead of placing his shot he blasted the ball over the bar.