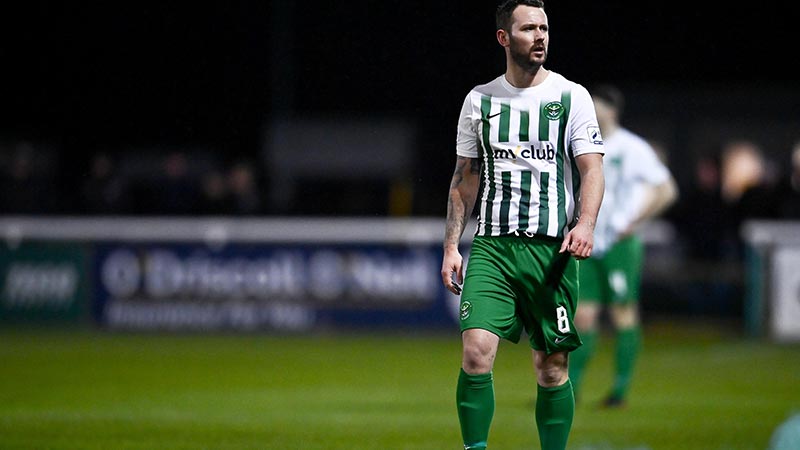 Athlone earned their first point of the season at home to Bray Wanderers tonight following a 1-1 draw.

A goal in the first half from former Athlone man Kurtis Byrne as well as a goal in the second half from Thomas Oluwa saw that this finished level.

It didn’t take long for Bray to take the lead. In the 13th minute, Athlone got caught trying to play the ball out from the back. A lofted pass was intercepted by a Bray head in midfield, whose header set Kurtis Byrne through on goal. Byrne made no mistake upon his Lissywollen return and slotted it by Schlingermann to make it 1-0.

Four minutes later it should have been two. A cross into the box was headed down to Rob Manley who got an effort off at close range but fired over. A miss Bray would come to rue.

In the 33rd minute, Thomas Oluwa went bombing down the left wing and squared it Carlton Ubaezuono. Ubaezuono had a chance at goal but just missed his cue, as if the ball got stuck under his feet. A disappointing one to say the least.

Athlone had another decent chance in the 41st minute when Success Edogun got the ball on the right and fired a shot/cross across the face of goal, but it didn’t get the desired contact required to put it in.

Ten minutes into the second half Athlone fired a warning shot. Ubaezuono got the ball on the edge of the area and twisted in and out, but fired wide. Another disappointing miss, but a warning Bray did not heed.

Three minutes later it was all level. Thomas Oluwa was played through and took it onto his left, bending it into the bottom corner. A goal that was fair given the balance of play.

Athlone had a pair of good chances after the hour mark. Firstly, Oluwa was slipped in again after Ubaezuono was fouled on the edge of the area. The ref played a good advantage after it fell Oluwa’s way, but he fired straight at McGuinness.

About a minute later Oluwa again squared it to Ubaezuono in a good position. Ubaezuono fluffed the chance completely however and let Bray off the hook.

Athlone had some momentum around then but failed to kick on. Both sides showed a willingness to win, but neither got the breakthrough. A draw was probably fair.