Cork stay at the top thanks to early Murphy header 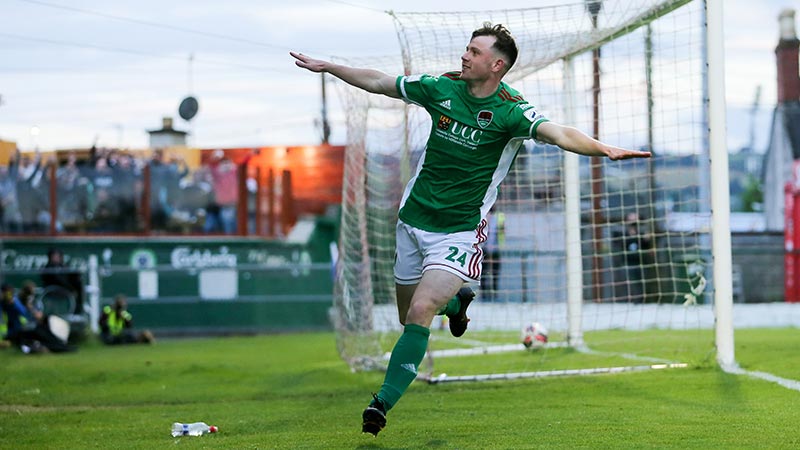 Cork City maintained their three-point lead at the top of the First Division table with a controlled 1-0 win away to Wexford FC.

It was a game of few chances and Cian Murphy’s header on five minutes was enough to separate the sides at the end.

Games between these sides at Ferrycarrig Park are usually low scoring affairs and so it proved again as both keepers were battling more with the cold than dealing with shots.

The home side rallied back from conceding early and defended solidly through the first half. They frustrated Cork making sure neither Ruairi Keating or Barry Coffey got a sight on the goals.

The best chance for the home side came near the end of the half when captain Joe Manley headed over from a Jack Doherty free from the left hand side.

In truth, Cork were happy to spread the ball from back to front with raking cross field passes from Jonas Hakkinen and Kevin O’Connor but couldn’t find the killer pass to test Paul Hunt.

Wexford thought they were in for an equaliser with around 15 minutes to go but Doherty was rightfully called offside after a selfless pass from Conor Davis who was probably in a better position to score.

Overall Cork never extended themselves and will be happy enough to come away with the victory. Wexford have once again shown they can play with the big boys but will have to start turning losses into results if they are to sneak into the promotion picture

Aidan is a broadcaster with Newstalk and works with the Off the Ball team. He's also the former presenter of the Sports Hour on South East Radio. He's eagerly anticipating Wexford FC's return and subsequent demolition of the Premier Division, coming to a football season near you.