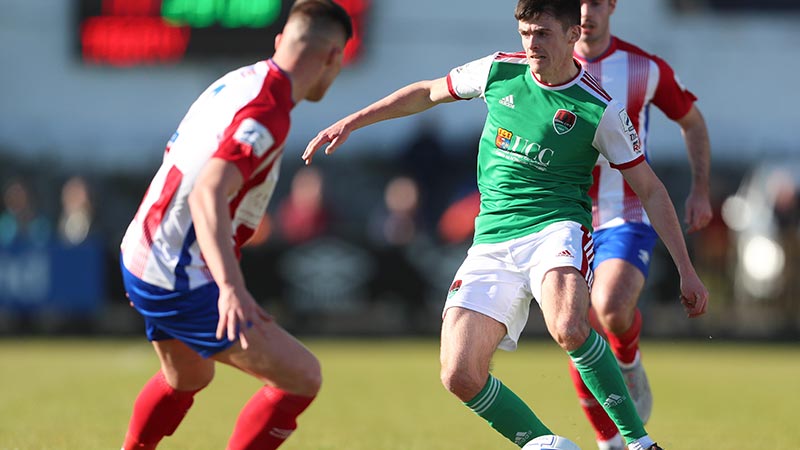 Cork City worked in a clinical fashion, as a devastating opening half paved the way for a third victory on the trot.

Indeed, following wins over Cobh Ramblers and Waterford, it is now a trio of Munster Derby victories too.

They made light work of an underwhelming Treaty – who’ve now lost back to back games. This was their heaviest defeat in their short history.

Barry Coffey and a brace from Cian Bargary were enough to give the Rebels their first win over Treaty. Jonas Hakkinen added gloss late on with a fourth in the 80th minute.

The Limerick side got nowhere near their best in their first home game of the season. The pitch at Markets Field has had significant work and still is a distance from its best. Despite this, Cork played good football and ignored the bumps and bobbles to race clear here.

Just three minutes were gone when Coffey opened the scoring. He went straight through the middle and curled an effort beautifully into the top corner.

Bargary doubled the tally when advancing onto a Coffey pass before powering home, using the pitch to good effect, from 22 yards.

His third had some controversy when he blocked a clearance, possibly with his hand, before tapping home to seal the win. All this before the interval, where Treaty needed to reset.

A double change from Tommy Barrett gave the hosts a foothold, but ultimately, they were unable to significantly worry David Harrington. The Cork keeper keeping another clean sheet – with only Galway finding a way beyond an organised City defence so far this season.

Their fourth goal was the icing on the cake, with a defensive mix-up allowing Jonas Hakkinen pounce for a rare goal, after the ball broke back off the crossbar.