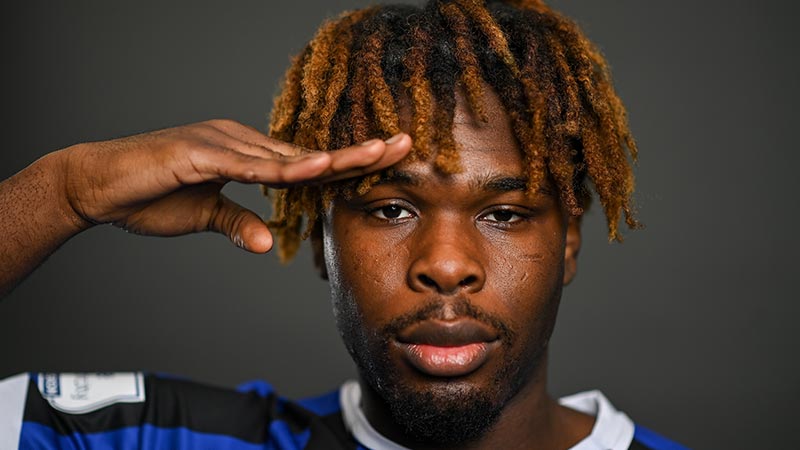 Cobh won an absolutely crazy game in Lissywollen tonight, coming out on top after two goals in injury time.

Athlone thought they’d won it in the 82nd minute through debutant Carlton Ubaezuono, but Danny O’Connell and Beineon O’Brien Whitmarsh saw the visitors took the points.

Cobh had to overcome early adversity on this one. Brendan Frahill had to go off after clashing heads with Quincy Nkansah and bleeding profusely just six minutes in.

Whitmarsh however gave them something to cheer about in the 14th minute. A long ball over the top sent him through on goal and he slotted right by Micháel Schlingermann to give Ramblers the lead.

Cobh had a men sent off ten minutes later when Luke Desmond shoved Stephen Kenny high following a coming together. Athlone pressured for the rest of the half and were rewarded.

On the absolute brink of half time, Glen McAuley and Thomas Oluwa, who had looked dangerous throughout, linked up for Athlone’s first. McAuley chipped it to the back stick and Oluwa all alone headed it by Donoghue. Great timing from Athlone.

The second half didn’t have a tempo for a long time but it started to change in the 68th minute when Glen McAuley got himself sent off for an altercation similar to the earlier one with John Kavanagh. He’ll be a miss for Martin Russell’s men given how he was playing.

Athlone started to pepper Cobh with chances in the last fifteen and this paid off. In the 82nd minute, Oisin Duffy chipped a cross into Carlton Ubaezuono on his debut who chipped it over Donoghue first time to give Athlone their first lead of the night and what they thought was three points.

It was not to be this simple. Athlone couldn’t manage to keep their heads and Cobh to their credit kept going, eventually being rewarded.

A chipped ball into the box let Danny O’Connell give chase and he got there right before Schlingermann to draw Cobh level.

Astoundingly, Cobh won it in the 94th minute when a wayward Thomas Oluwa clearance inside the box caused headers back and forth all over the place. Whitmarsh found himself right in front of goal and headed in, sending the Cobh bench into ecstacy.

Athlone face a tough challenge at home to Galway Friday. Cobh will look to follow up this first win against Bray at home.