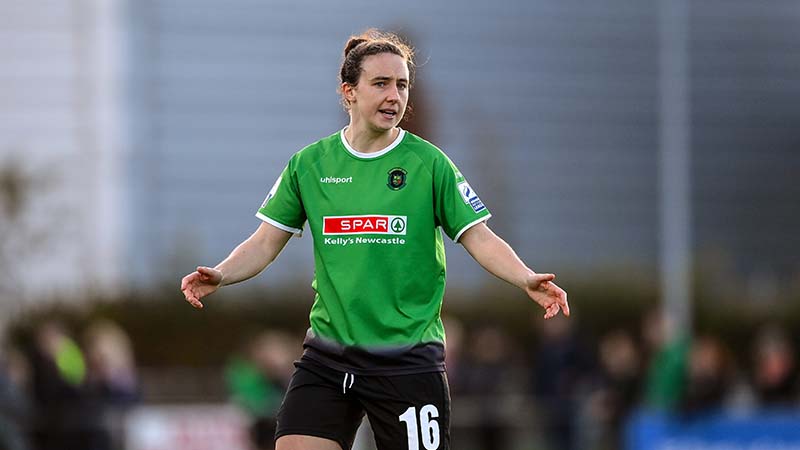 Peamount United have announced that experienced former Ireland International Karen Duggan, has re-signed for the 2023 season, which comes a big boost ahead of their pre-season prep.

Duggan putting pen to paper ahead of a fifth season with the Greenogue outfit is a huge boost for them, having been strongly linked with a move to Shamrock Rovers, with confirmation as she will line out for Peamount next season.

The Kilkenny native extends her stay with Peamount which is now her second stint at the club, having left back in 2014 after Eileen Gleeson became manager of UCD Waves, when a host of Peamount players left to play for their former manager.

Having retired from international duty back in 2018, she has been a regular since returning to Peamount, the news is positive since manager James O’Callaghan was confirmed yesterday as the manager once more ahead of the 2023 season, plenty of more deals are to happen but Duggan re-joining is huge for the club.

She becomes the only re-signing announced as yet for Peamount, but it is early days yet as a lot of clubs seem to be getting the business done early to give a larger window ahead of pre-season.