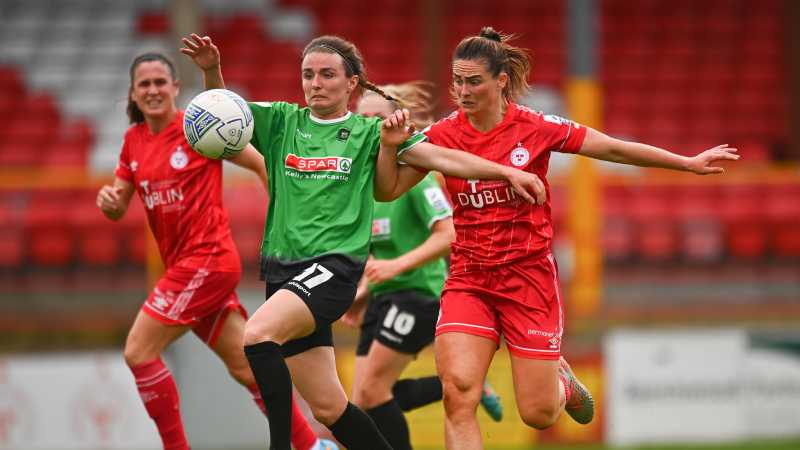 The draw has today been announced for the Evoke.ie Womens FAI Cup semi-finals, with Shelbourne hosting Bohemians while Athlone Town take on champions Wexford Youths.

The draw comes following the weekend’s quarter-final action and has teed up two unpredictable ties. The games are set to be played on the weekend of the 25th of September, with added details still to come.

If the quarter-final Dublin derby is anything to go by, then expectations can be high for this tie between the WNL leaders and Bohs. The Shelbourne-Peamount game was the highlight of the last eight, as the Reds came from two nil down to win a cup classic by three goals to two at Tolka Park .

After a poor start, Jemma Quinn’s brace got them over the line against the Peas, but Bohemians will offer a much different test on their visit to Drumcondra. Despite sitting a whopping 18 points away from their opponents in the league, their game plan will argue that form is irrelevant in an all Dublin semi-final. The Phibsborough side also won’t lack confidence following their comfortable 3-1 knockout of Sligo Rovers on Saturday.

Athlone have been somewhat the surprise package of the league this year and could now be in the process of a strong cup run having defeated Cork in the quarter-final stage. The Youths began their cup defence on the weekend with a hard-fought 3-1 win over DLR Waves, and of course are no stranger to advancing past the semi-finals.

A tie that is equally difficult to call, as the WNL’s second and third placed teams square up for a place in the Evoke.ie Womens FAI Cup final. There’s already little between them with just a point separating the sides in the league, but throw in the knockout stipulation and you have a tantalising affair.

November 6th is the date set for the final where the victors of the semi-finals will meet for the decider at Tallaght Stadium.