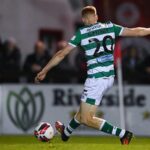 Sligo Rovers ceded all three points to rivals Shamrock Rovers tonight at the Showgrounds, with Rory Gaffney’s goal enough to secure them the 1-0 triumph.

END_OF_DOCUMENT_TOKEN_TO_BE_REPLACED 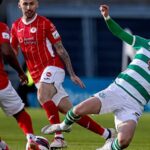 Namesakes come to blows this evening in The Showgrounds as Sligo Rovers host Shamrock Rovers in the League of Ireland Premier Division (KO- 7:45pm).

END_OF_DOCUMENT_TOKEN_TO_BE_REPLACED 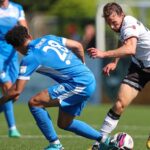 Finn Harps will be hoping to bounce back from their defeat last week by halting Dundalk’s quest for a seventh appearance in the FAI Cup Semi-Final as the sides face off in the Quarter Finals of the blue ribboned competition at Finn Park (8pm).

END_OF_DOCUMENT_TOKEN_TO_BE_REPLACED 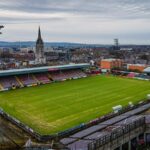 It will be a true David vs Goliath encounter in the FAI Cup in Dalymount tonight when favourites to win it all Bohemians host non-league Maynooth University Town (7:45pm).

END_OF_DOCUMENT_TOKEN_TO_BE_REPLACED 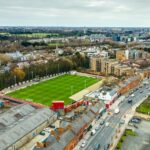 St. Patrick’s Athletic will be aiming to defeat a third successive First Division side in this year’s FAI Cup and enter the semi-finals when they face off against Wexford FC this evening at Richmond Park (7.45pm).

END_OF_DOCUMENT_TOKEN_TO_BE_REPLACED 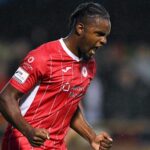 A second half Lewis Banks header, was enough to give Sligo Rovers all three points, as they overcame Dundalk 2-1, in tonight’s SSE Airtricity League meeting at the Showgrounds.

END_OF_DOCUMENT_TOKEN_TO_BE_REPLACED 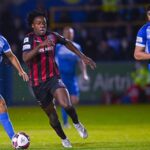 Two first half goals from Promise Omochere and Georgie Kelly, from the penalty spot; for Bohemians were enough for the Dublin side to take all three points against Finn Harps in a wet Ballybofey.

END_OF_DOCUMENT_TOKEN_TO_BE_REPLACED 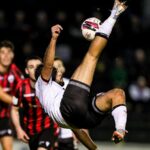 Longford Town ended their five-game losing streak with a resolute and hard-working performance in this bottom of the table Premier Division clash at Bishopsgate.

END_OF_DOCUMENT_TOKEN_TO_BE_REPLACED 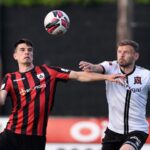 Longford and Dundalk will battle it out in a relegation battle as they look to keep the chase on the pack as the Lilywhites are looking to get themselves out of a position they never thought they would be in at the beginning of this season. They meet at Bishopsgate this evening with kick-off at 7:45 pm.

The Lilywhites travel to the midlands in ninth position with only the hosts behind them with a seventeen point gap between them. A win for Longford would be welcome but would it be enough when it comes to seasons end is the question.

The hosts lost their last league fixture away to St. Patrick’s Athletic as Chris Forrester inspired his side to maintain the chase on Shamrock Rovers at the expense of Longford. The story has been a familiar one this season with ‘The Town’ performing well but just not getting the ounce of luck needed to turn certain results into wins. They have lost their previous five games and will be lucking it doesn’t become unlucky six in a row.

Dundalk is down to the bare bones in terms of players but Vinny Perth’s focus is on a late league run as well as a trip to the Aviva Stadium come November as his way of a ticket to European football next season.

“We’re three wins away from Europe and we’re going to battle our backside off to do it in the league as well,” Perth commented when speaking to the media this week. “I don’t think that’s out of the running. I think this team can win seven or eight games in a row, but we need bodies back.

His side came out of Waterford last week with a point but both sides will feel they should have taken all three. The men from Oriel know that the points tally is just nine points between ninth and fourth and a series of wins could bring them back up the table, consistency and momentum is a must if they are to mount a late run in the league.

Wilfried Zahibo, Patrick McEleney, David McMillan and Brian Gartland are all long injured for Dundalk. While there will be observations over Darragh Leahy, Daniel Cleary, Daniel Kelly and Michael Duffy. Raivis Jurkovskis and Sonni Nattestad will be back from international duty and will be expected to be part of the matchday squad.

Longford will assess Shane Elworthy who is doubtful after a head injury last week v St. Pats, while Rob Manley and Karl Chambers are doubtful also.

Dylan Grimes is out through an ankle injury and won’t feature. 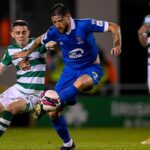