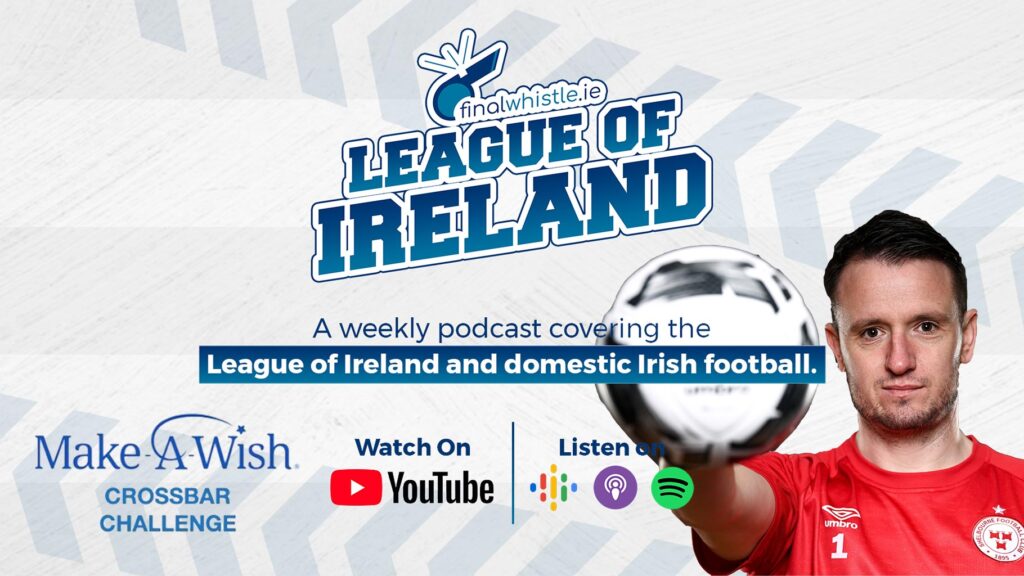 They start with a look back at the last year starting with his decision to leave St. Patrick’s Athletic and sign for recently relegated Shelbourne, finishing the year with a comfortable First Division winners medal and being selected between the sticks on the PFAI First Division Team of the Year.

Clarke outlines the achievements within the league over the last few weeks since taking on the PFAI role thanking all clubs who ensured that not one single player was owed wages at the end of the league season, a situation which hasn’t always been the case in previous years.

Having supported Conan in some of his previous fundraising endeavours Brendan has joined Conan to attempt to hit all 20 League of Ireland crossbars over Saturday, Sunday and Monday working anti clockwise around the entire Island.