Ulster cruise past Connacht in Round 1 of URC 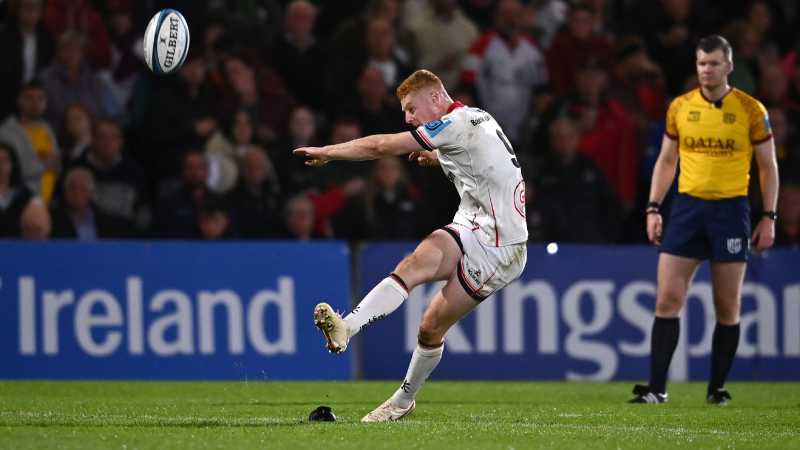 Ulster commenced their URC campaign with a convincing bonus-point, 36-10 win over Connacht at the Kingspan Stadium tonight.

On paper, an interprovincial matchup in week one was a prospect to wet the lips. However, it was a cagey, scoreless first quarter of the match, illuminated by some stunningly executed, territory kicks by Ulster’s returning Jacob Stockdale.

Yet, it was another welcome returner who opened the scoring as Ulster’s centres combined, Stuart McCloskey’s surge and clever flick pass which set Luke Marshall free to run in under the posts.

Connacht’s defence were under siege and had they made it to half time at just 7-0, it could have been a big boost.

Hopes of that were quelled though when hooker Tom Stewart powered over from close range, Nathan Doak slotted the extras, and it was 14-0.

The sides traded penalties for 17-3. Then Doak scampered over from close-range. The scrumhalf converted his own try and Ulster’s dominance was now reflected in the score line.

Visiting flanker Paul Doyle was sinbinned as Connacht were forced into a series of cynical play, giving away repeated penalties. Immediately, the man-advantage told as McCloskey played in full-back Stewart Moore who finished nicely in the corner.

With ten minutes to play and debutants aplenty, two of Connacht’s subs combined as replacement scrumhalf Caolin Blade linked with David Hawkshaw on a rapid counterattack. Hawkshaw converted to bring Connacht up to double digits.

Yet it was the home side who rounded off the scoring spree as replacement Callum Reid buried over after good, concerted pressure by Ulster’s forwards, well conducted by Doak.

So, 36-10 at full time and for Ulster, an ideal start to this URC campaign.