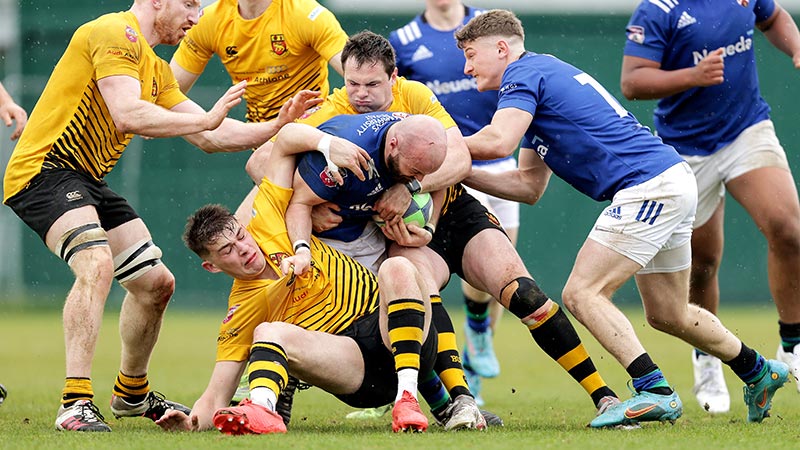 When James Humphreys last second conversion attempt came back off the upright, it sparked wild celebrations amongst the large travelling support from the midlands as Buccaneers tore up the script and gained promotion back to Division 1B after a four-year absence.

Few gave the ‘Buccs’ any chance of leaving Belfast with a win, after all they did finish nineteen points behind Queens in the league.

But a strong defensive effort help to lay the foundations for a famous win.

Queens bossed the possession and territory stats in the first half but only had a Graham Curtis try in the 26th minute to show for their endeavour.

Visits to the Queens half were few and far between for Buccaneers but when they attack, they were rewarded with two Michel Hanley penalties which helped the visitors to a 6-5 half time lead.

Queens opened the second half showing a lot more intent and the stormed into a six-point lead on 50 minutes after Richie McMaster converted a George Saunderson try.

But Buccaneers came roaring back and lead by a dominant pack, the took a six-point lead thanks to a penalty try and a touchdown from Daniel Qualter.

A Charlie Irvine try in the last play of the game cut the gap to just a single point, but unfortunately for the hosts, Humphreys effort cannoned back off the upright and confirm the Buccs as 2A champions.