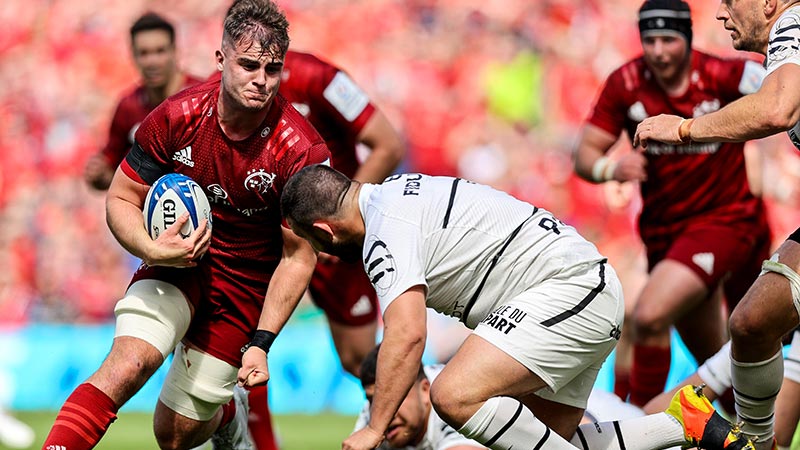 Munster saw their European hopes come to an end as they crashed out of the Champions Cup after losing out to Toulouse in a place kicking competition at Aviva Stadium.

The two teams wrote another thrilling chapter to their growing rivalry, as Toulouse made it back to back wins over Munster following their 33-40 win over The Red Army in last year’s knockout stages.

On an enthralling afternoon in Dublin, the two teams couldn’t be separated after 100 minutes of play. and it went to a penalty shootout for just the second time in history. The first since the infamous Leicester Tigers vs Cardiff Blues semi-final in 2009.

Toulouse kept their composure in the shootout as they slotted over all four of their penalty kicks, and sent Munster crashing out of the competition for the second straight season.

The hosts produced a monumental defensive effort as they carried a 10 point lead into the final 15 minutes of the game and looked to earn their first semi-final berth since 2019. But Munster fell short as three missed penalty attempts in the shootout saw Johann Van Graan’s men exit at the quarter-final stage in the most remarkable circumstances.

Munster started the game strongly as Alex Kendellan crashed over from close range to give the hosts an early lead.

However, the defending champions couldn’t be denied as Romain Ntamack carried over from close range, before Matthis Lebel walked in for Ugo Mola’s side minutes later. Thomas Ramos converted both to make it 7-14.

Munster struggled to settle against the defending champions and Carbery’s missed penalty left Van Graan’s men reeling with just minutes left in the first half.

Nevertheless, Carbery made up for his kicking blunder as he produced a beautiful over-the-top pass to find Keith Earls, who scored in the corner for his 23rd Champions Cup try for the province. Carbery slotted over the difficult conversion to send Munster into the break level.

The hosts started the second period strongly as Chris Farrell broke through the defensive line, and released Mike Haley for the province’s third score of the afternoon.

Things soon went from bad to worse for Toulouse as Rory Arnold was sin-binned for a tip tackle on Simon Zebo, before Carbery successfully added three points to Munster’s lead to make it 24-14.

Toulouse fought back as Lebel scored his second try of the afternoon to reduce the deficit to three points before Ramos added a late penalty to make it 24-24. Munster had the opportunity to close out the game moments later as Ben Healy attempted an audacious 56m penalty. Healy sent his attempt wide as the game went to extra time.

Both teams looked to deliver the killer blow in the extra period, as Ramos and Healy traded drop goal attempts. Neither could hit the final blow as extra time finished and a penalty shootout beckoned.