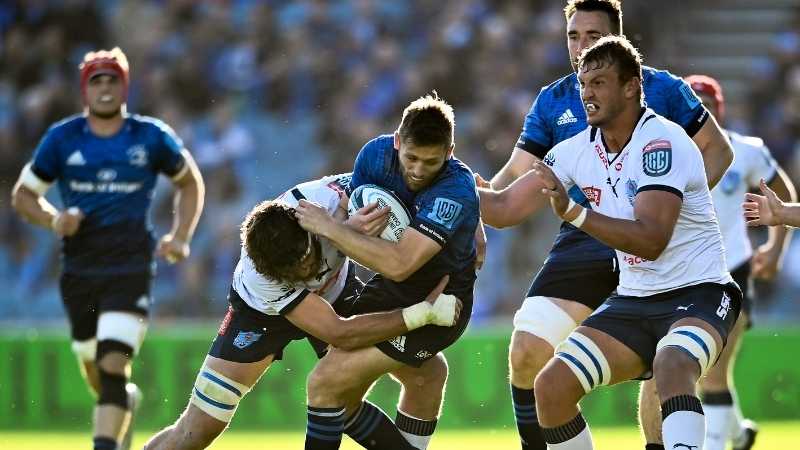 Leinster saw their hopes of a 5th successive league title come to an end as they fell to the Bulls in a stunning 26-27 defeat at RDS Arena.

Tries from Marcell Coetzee, Johan Grobbelaar and a penalty try proved to be the difference as the Bulls handed Leinster just their second home defeat of the season to book their place in the final away at the Stormers or Ulster next weekend.

As for Leinster, the defeat means Leo Cullen’s men will finish the season in disappointment. The result means that Leinster will finish trophy-less for the first time since the 2016-17 campaign, following their defeat in the Champions Cup final last month and saw five years of dominance in the URC come to an end.

The result also sees Leinster’s eight match unbeaten run in the URC playoffs come to an end, as the Bulls handed Leinster their first league playoff loss since the Scarlets edged Leo Cullen’s men in the 2017 PRO12 playoffs.

It was an uncharacteristic display from the outset from Cullen’s team as they struggled to execute throughout the evening in Dublin and were made to rue their mistakes  despite taking an early lead thanks to Dan Sheehan’s quick try.

However, that proved to be as good as it got for Leinster as the Bulls responded emphatically and were unlucky not to equalise moments later, but Canan Moodie knocked-on as he attempted to ground the ball.

The Bulls weren’t to be deterred though as they responded with 17 unanswered points to leave the hosts reeling and the home faithful stunned. However, Leinster looked to have overcome their struggles as Robbie Henshaw powered through several tackles to crash over just before the break.

However, fortunes weren’t to change as the hosts conceded a penalty try early into the second half after James Ryan illegally collapsed a driving maul. Ryan was sin-binned for his troubles, leaving Leinster with a numerical disadvantage and with a 14-24 deficit.

Leo Cullen summoned the changes and brought on Johnny Sexton as he looked to get back into the game, but his side were made to rue to poor execution inside the Bulls 22.

However, Leinster weren’t to be deterred as Rory O’Loughlin crashed over in the corner to get Leinster back into the game, but Sexton crucially missed the conversion leaving the hosts with a five point deficit.

All hope quickly evaporated for Leinster as Morne Steyn slotted over a penalty to stretch the Bulls advantage to eight points with just minutes left. Cullen’s men ended a disappointing evening on a high as Cian Healy powered over from close range to grab a consolation for the hosts as their stranglehold on the URC crown came to a stunning end.