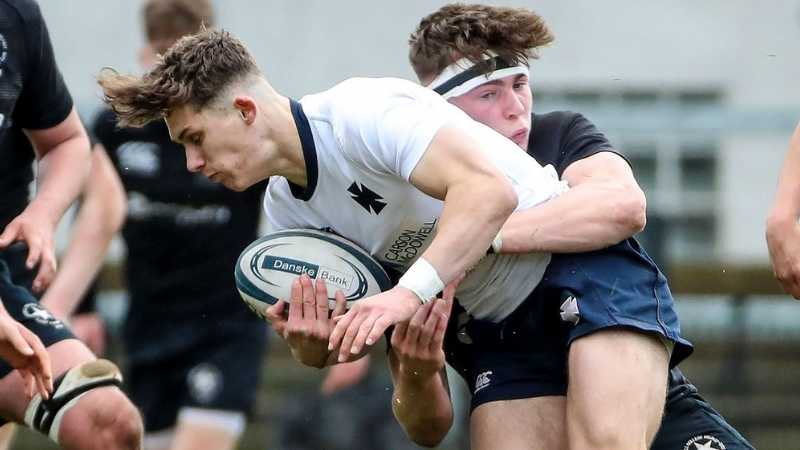 With just over two minutes left on the clock, the dead-eye back struck an incredible penalty from just outside the 10-metre line to win a pulsating decider that saw them overcome a 10-point deficit early in the second-half.

Credit Campbell, who made it a fantastic showdown, but Methody dominated long stretches of the second-half and were deserved winners on the whole.

Campbell were ahead in the second minute when Peter Caves kicked an early penalty, but Methody responded instantly as they went over for the first try of the afternoon, Josh Stevens bursting off the back of a scrum and centre Lorcan Hanratty bursting over for the score.

Zac Solomon was then denied when a quick lineout move sent him down the touchline and close, but he was forced into touch in the in-goal area by an excellent defensive effort, but he would score moments before half-time to give Campbell a 10-7 lead at the interval, finishing off Joe Hopes' mazy run.

Campbell added another score just after the restart, winger Oliver Topping driving over after a strong maul, and they then needed a last-ditch try-saving tackle from full-back Lukas Kenny to deny Methody winger Chris Bradley what looked to be a certain try in the corner.

But Methody would not be denied again and lock Harry Palmer was the one to muscle his way over from close range to put them within a score, and then McFarlane levelled proceedings with a straightforward penalty from in front of the posts.

And just when it looked like extra-time would be required to decide things, up stepped McFarlane to settle things from long-range for a thumping kick that had plenty to spare, sending the Methody fans behind the sticks wild.