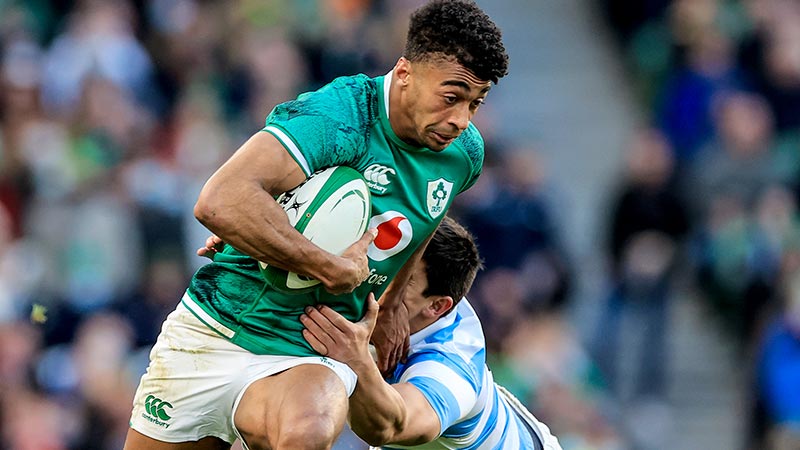 Andy Farrell’s Ireland concluded a successful Autumn Nations Series with a 53-7 thrashing of Argentina at the Aviva Stadium.

A 60-5 thrashing of Japan was followed by last weekend’s emphatic 29-20 victory over the All Blacks going into today’s game.

The visitors poor form continues after the disbanding of their Super Rugby side – Jaguares, having won just two of their 11 games this year.

Argentina opened the scoring through Mateo Carreras, who finished a wonderful backline move with clever feet to finish for a converted try.

Joey Carbery reduced the deficit with a penalty before Ireland took the lead through a driving maul try, that was finished by Josh van der Flier and then improved by Carbery.

Carreras looked to have gone through once more, but he fumbled the ball forwards, five metres out under the pressure of Porter.

The home side were fortunate to still be ahead as Argentina dominated the second stanza of the first half but failed to capitalise and missed out on 13 easy points in eight minutes.

But complacency wasn’t an issue for Ireland as they extended their lead through a close range converted try by powerhouse Caelan Doris before half time.

Pablo Matera was yellow carded for a deliberate knock on, with Carbery adding to the Argentine’s woes by extending the lead with a close-range penalty.

Van der Flier secured his brace after resilient Argentina defence is finally broken as he burrows over from close range for a converted score.

Tomas Lavanini was red carded for a shoulder to the head of Cian Healy at a ruck, leaving referee Matthew Carley with no choice but send the ill-disciplined forward for an early bath.

Substitute Dan Sheehan scored Ireland’ fifth try with a close-range score off a driving maul before Cian Healy got in on the try scoring with a touchdown.

Tadhg Beirne sealed the win with a late try to bring the hosts past 50 points.